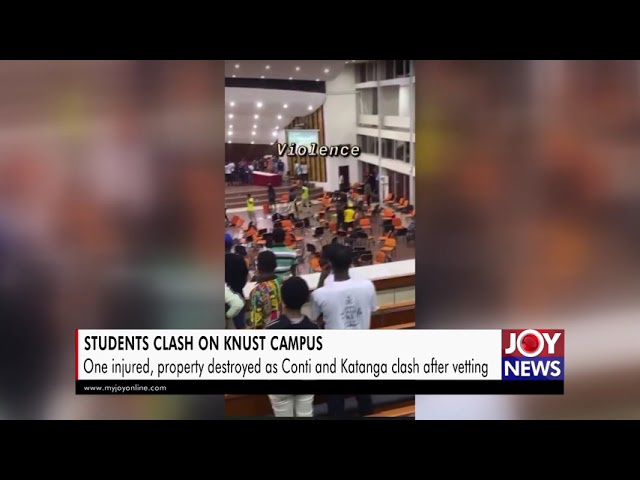 Students found culpable in the clash between Continental and University Halls during the Student Representative Council (SRC) Vetting of the Kwame Nkrumah University of Science and Technology will be rusticated.

That is according to University Relations Officer, Dr Daniel Norris Bekoe.

A committee has been set up to investigate the cause of the commotion.

Dr Bekoe says any student who will be identified in the video footage as participating in the violence will be rusticated, adding nobody will be spared if found to be guilty.

“The university is not a war zone. It is a community that believes in democracy therefore any student who will be identified through the video footage will be rusticated,” he told Nana Kwadwo Jantuah on Nhyira Fm’s morning show, Kuro Yi Mu Nsem.

The norm on campus is that at the end of every second semester, new leaders are elected to take over from the current leadership to steer the affairs of the SRC for the next academic year.

Among the processes is to present the aspirants before a panel for vetting.

The vetting on July 3, 2021, at the Great Hall of KNUST, ended abruptly as students from Continental Hall and University Hall clashed.

Dr. Norris Bekoe says “all activities leading to SRC elections have been suspended until further notice”.

He expressed disgust in students around the university who have been rusticated but refuse to go home.

“A lot of students are not able to go home when they are rusticated. They take school fees from their parents and walk about on-campus and go for lectures as students,” he observed.

The URAO believes the primary goal of such students is to cause more mayhem, hence a recommendation to publish names of students who are rusticated.