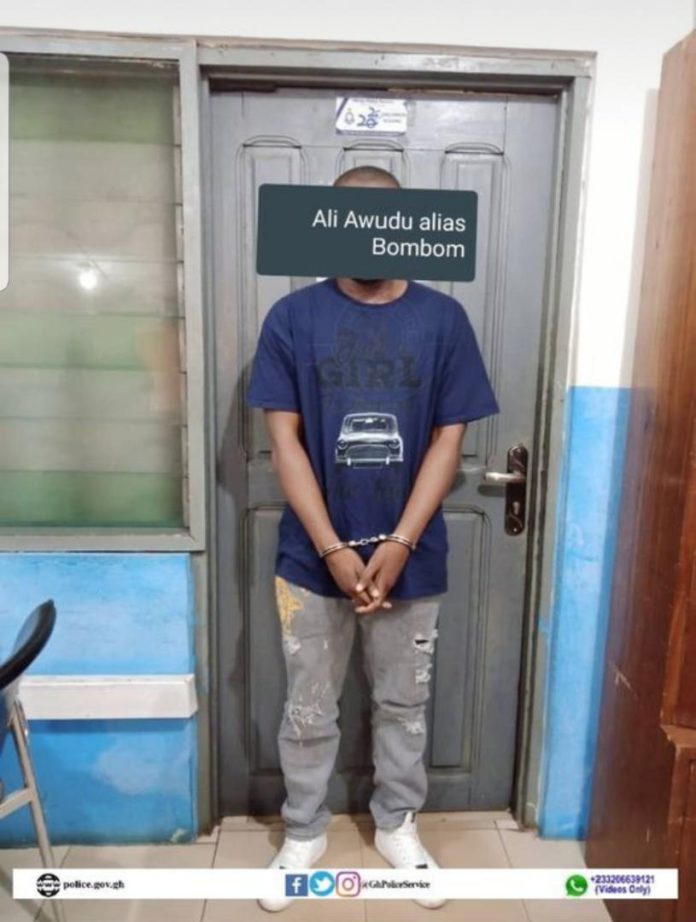 The Ghana Police Service has announced another of the suspected kingpins in the Maamobi-Nima violent clash has been arrested.

Ali Awudu had been on the run after leading the ‘Bombom gang’ on the January 18, 2022 clash.

He was arrested at Aflao through an intelligence-led operation.

His arrest means that the leaders of the two groups are both in custody.

Suspect Ibrahim Hussein alias Kumordzi, leader of the Kumordzi group, was earlier arrested on February 4, 2022 in a similar intelligence-led exercise.

So far, 14 suspects have been arrested in connection with the incident.

The police, in the announcement they made on Facebook, said they will do whatever it takes to “arrest all other members of the gang and dismantle their activities through the due process of the law.”