The Nzema based club will now opt to play their home matches elsewhere after their home venue was banned indefinitely by the Disciplinary Committee of the country’s football governing body.

This comes after Karela fans attacked Medeama SC players, team bus and officials in the MTN FA Cup Round 32 game on Sunday.

However, Mr Amande, speaking on the Ultimate Sports Show on Asempa FM, expressed his dissatisfaction following the decision of the FA and further accused the Kurt Okraku-led administration of being biased towards his club.

He also stressed that Ghana FA has been selective in their dealing with violent activities in the game, adding that the FA’s injustice towards his club has been overstretched.

“The Ghana Football Association hasn’t been fair to all clubs, where is their fairness when they offer selective justice to members of the Association, why are they picking on Karela United in such circumstances?.

“There were incidents when we played Medeama SC at Tarkwa, we reported but the FA didn’t respond. Urine was poured on me and some of our supporters but there was no decision by the FA.

“There were incidents in Accra, and other places, but the FA didn’t act in the manner they have done to Karela United.

“We need to be fair in our dealings because we are all working to be able to do what is best if the FA decides to do such things, then I don’t think we are helping to develop our game,” he said.

Karela United have suffered two home bans this season after disturbances in their home games.

However, the club is yet to know where to play their home games. 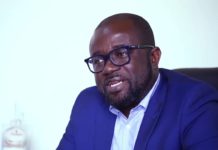