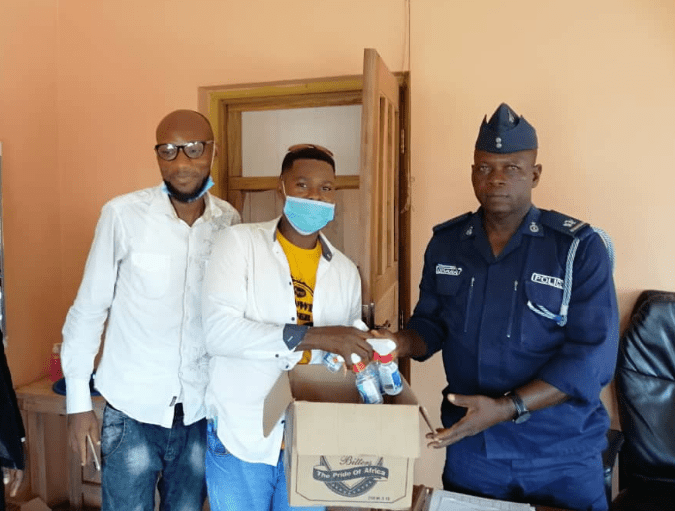 K monsi Ventures, a leading alcohol-producing entity based in the Biakoye District of the Oti Region has distributed cartons of sanitizers to some organisations in the district.

Being producers of alcoholic beverages in the area, the company has manufactured hand sanitizers, under the guidelines of the Oti Regional office of the Food and Drug Authority.

The donation formed part of the company’s corporate social responsibility.

Kmonsi distributed sanitizers to the Worawora Police Station and the District Assembly unit which will ensure it reaches the homes of residents within the enclave.

Chief Executive Officer of K Monsi Ventures said they were also going to provide the Biakoye District Health Directorate with some sanitizers that will be channeled to different CHPS compound within the district.