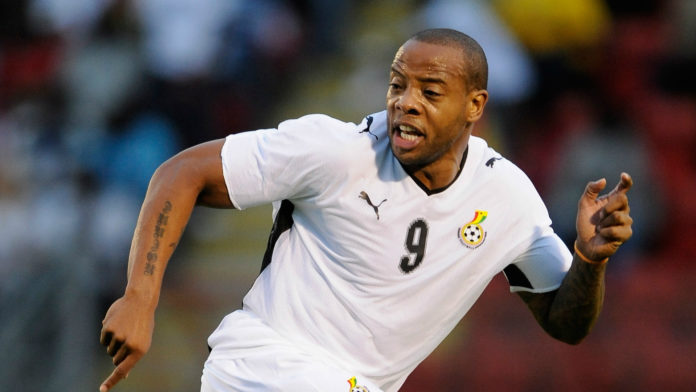 Agogo — who died at age 40 — will be cremated in a private cremation ceremony at St. Mark’s Church, 114 Hamilton Terrace, London NW8 9UT.

There will be a private reception late afternoon at the Palm Hotel.

Junior Agogo passed away in a hospital in London on Thursday, August 22.

Agogo who was the ‘poster boy’ of Ghana’s 2008 Africa Cup of Nations campaign finally gave in to the debilitating stroke which he had been battling the last couple of years.

The forward began his career with the Owls, playing three games for the then Premier League side between 1997 and 2000.

He went on to score over 100 career goals, his most notable spell coming with Bristol Rovers, for whom Agogo scored 45 goals in 140 games between 2003 and 2006.

He also helped Nottingham Forest to promotion from League One in 2007/2008, finishing as the club’s top goalscorer as they finished runners-up in the division.

Agogo enjoyed a cult following during his 27-game stint with the Black Stars of Ghana scoring 12 goals.