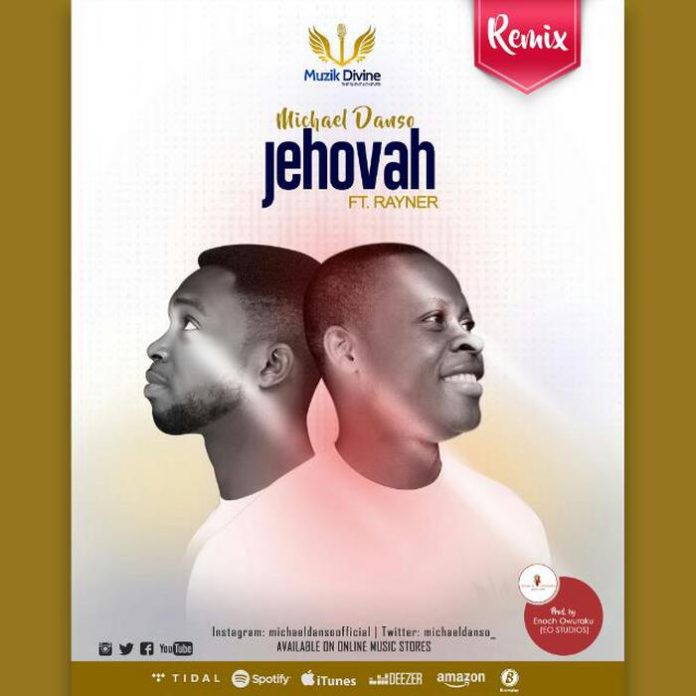 Budding Ghanaian gospel artiste, Michael Danso, who is also a journalist, on Monday, June 1, 2020 released a soul inspiring remix version of his carrier debut, ‘Jehovah’, which brought him to the limelight in October 2018.

According to him, the idea to do a remix of the original song was to project God’s unique Hebrew name ‘Jehovah’ as the creator and fulfiller of purpose who has dominant quality of love.

He said having given the song a deep thought, he was inspired to ride on the beat of a funk reggae to give it an artistic finesse and contemporary touch that will give the message in the song a wider mileage.

Speaking to the Weekend Spectator, Mr Danso said ‘Jehovah’ evolved from a sermon he listened to in the media about the biblical Canaan wedding feast where Jesus miraculously turned ordinary water into wine.

He said after listening to that sermon he had a strong urge and desire to write and compose a song to bring out the message of hope and salvation which he recorded in October 2018.

The remix, which was recorded and mastered by Enoch Owuraku Kissi of EO Studios fame, features Minister Rayner Afari, a compatriot in the gospel music fraternity.

The former Ghanaian Times journalist, who has over 10 years experience as a media practitioner, is currently working with the Corporate Communications office of the Volta River Authority as a Public Relations practitioner.

Since launching into the gospel scene about two years ago, he has been very consistent with new releases like; ‘Thank You’, ‘Nyame Bɛyɛ’ which featured KODA and ‘Aseda’ with more under his sleeves.

He is an alumnus of the Ghana Institute of Journalism, a product of Nifa Senior High School and a member of the Ebenezer Methodist Cathedral at Madina, Accra.

According to him, he is into gospel music to preach the message of salvation, thanksgiving and inspiration/motivation to both believers and non-believers.

He hopes to take the gospel music industry to another level with the grace of God, support from industry players and gospel music lovers as he readies to release his debut album next year.

Touching on some issues in the industry, Mr Danso complained about the spate at which gospel music continues to lose its value and quality.

He blamed the development on the gospel musicians themselves and industry players like Christians, event organisers, entertainment analysts among others who play important link to the survival of gospel music.

He explained that, “we are to be blamed for the many woes in our enterprise. There is so much bitterness, hatred and bickering within the gospel fraternity which cast doubt on gospel musicians.

“This industry is like the big blue sea or ocean which is full of various species of fishes, your duty is to sacrifice and launch into the deep to get your catch. I don’t see why this should be a problem,” he said.

He asked fellow gospel musicians to stop seeing themselves as entertainers and performers. “Gospel music is not for entertainers or performers, rather, for ministers or ambassadors of the gospel. We are not secular musicians.

“Seeing ourselves as entertainers will bring about unnecessary competition, create controversies and lack quality. I agree we must exhibit skills and talent but that shouldn’t take away the leadership of the Holy Spirit from what we do.”

He called on all believers of the gospel to rise to salvage the image of the local gospel industry.