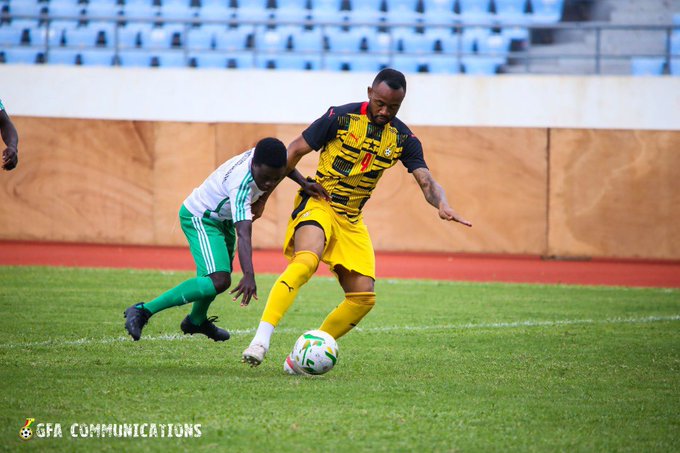 The Black Stars tamed lower side, Soccer Intellectuals 8:0 in a friendly game on Wednesday at the Cape Coast Stadium.

The game forms part of the team’s preparations for the 2022 Fifa World Cup games against Zimbabwe this month in the round of three and four games.

Ghana will host the Warriors at the Cape Coast Stadium on Saturday, October 9 before the return game away.

However, striker Jordan Ayew, who is struggling to find the back of the net, missed a penalty while his brother and team captain Andre as well as Alexander Djiku were not involved in the game.

Ghana will be hoping for victory at home before heading to Harare three days later for the reverse fixture.

The three-time World Cup campaigners need wins in both games to remain in contention to qualify for Qatar 2022, having picked up three points in the opening two games, one below group leaders South Africa.

Ghana failed to book a qualification for the last edition of the global showpiece held in Russia in 2018.