The newest kid on the block, Black Sherif, has captivated his fans, not with another ‘sermon’, but a major throwback photo.

The Konongo-based artiste, born Mohammed Ismail Serif, was captured after school while being sandwiched by two of his female mates.

The photo is believed to have been taken around 2015 when he was in Junior High School (JHS) in Kumasi.

Black Sherif is seen receiving warmth from the two ladies, whose shoulders he had rested his arms on.

Unlike the aggressive and passionate singer he is currently, his demeanor in the photo painted him as a calm boy.

In another photo, an innocent-looking Black Sherif was posing for a selfie. 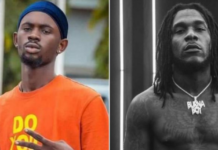 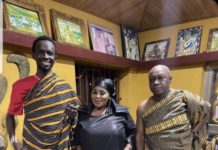 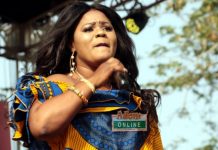