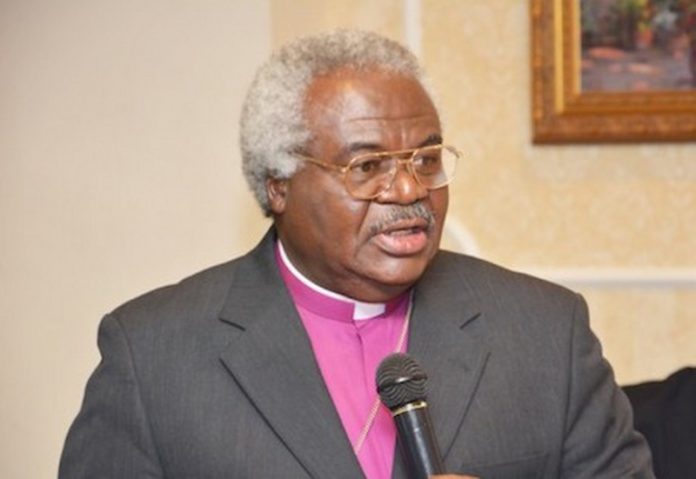 Outspoken former Moderator of the Presbyterian Church of Ghana, Rev. Prof. Emmanuel Martey, says he has changed his style of commenting on national issues.

Prof. Emmanuel Martey was very vocal on national issues during the Mahama-led government between 2012 and 2016. He consistently attacked the government over perceived corruption and economic mismanagement. He has however become silent in recent years.

Some Ghanaians have accused him of being hypocritical and selective in his criticisms.

However, speaking at a Public lecture in Koforidua on Tuesday, Prof. Martey said he now uses text messages among other channels to speak to people on matters of national interest.

“Rev. Prof Martey is still speaking but has changed the style. Those I need to communicate with them I communicate. Sometimes through text messages and a lot of things have happened because of my intervention. So I’m still speaking”.

Very Rev. Prof. Martey explained that the constitution of the Presbyterian Church gives power only to serving moderators to speak on behalf of the church on national issues.

Very Rev Martey admits corruption is still pervasive in Ghana but says many clergymen are reluctant to openly speak due to fear of verbal attacks by the guilty society. He also alleged that some clergymen accept bribes which come as gifts from politicians to silence them while others refuse to speak out due to the fact that their tribes’ men are in power.

He said even though the bible enjoins Christians to pray for and respect political authority, it similarly charges Christians to resist authority that is disobedient to God.

He emphasized that the church must not be silent but rather use its prophetic voice to fight for the poor and the oppressed and nip in the bud ills of society.

Speaking on the Theme of the Public Lecture  The Bible, Its impact on the Church and Society in Ghana”  Very Rev Prof. Martey said the Bible has positively influenced and impacted all spheres of life including politics, arts and entertainment industry, moral standards and facilitated national development.