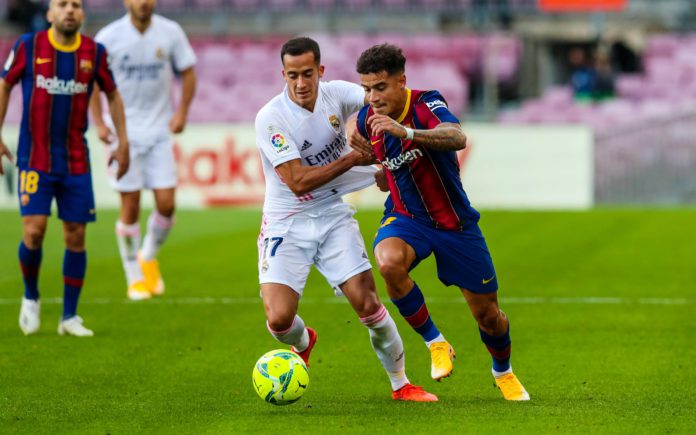 Its El Clasico time again and SuperSport viewers can look forward to a classic La Liga rivalry, as Barcelona  host Real Madrid at Camp Nou on the afternoon of Sunday 24 October 2021. SuperSport is also the only place to get English commentary on the legendary La Liga, where ‘El Clasico’, the most famous rivalry in all of club football, takes centre stage as Barcelona take on hated rivals Real Madrid.

While the Blaugrana have endured a difficult start to the season both domestically and in Europe, Los Blancos have also flattered to deceive at times, though they have shown some encouraging signs of promise under Carlo Ancelotti.

However, the Italian is wary of his team’s “wrong attitude”, which sprung up in defeats to Sherriff and Espanyol just prior to the international break, and he will be determined to ensure that no such shortcomings are on show for the Clasico.

Barca, meanwhile, desperately need a big victory to boost morale and belief, with the Blaugrana already looking in danger of becoming an ‘also ran’ in La Liga this season. “It is a complicated situation. We’re suffering, I have to be honest about that,” said veteran defender Gerard Pique. “These are difficult times; we have not experienced them before. The atmosphere in the dressing room is very good and we want to turn it around.”

Barcelona look like they will have to make do without Pedri, Ronald Araujo, and Ousmane Dembele for Sunday’s Clasico against Real Madrid at the Camp Nou.

The trio will also sit out Wednesday’s Champions League clash against Dynamo Kiev and will not be rushed back for the visit of Los Blancos, according to multiple reports from Spain.

Memphis Depay – The Dutch attacker has looked at home in a Barcelona shirt and has taken on the mantle of being a talisman in attack. Depay’s movement, touch and intelligence will be crucial if the Blaugrana are to claim a win over Los Blancos.

Luka Modric – The veteran Croatian midfielder continues to be the heartbeat of Real Madrid, with his ability to orchestrate play from anywhere on the field virtually unmatched. Modric will look to pull the strings for another Real Madrid triumph in the Clasico.

In head-to-head stats, Barcelona and Real Madrid have met in 246 competitive matches, dating back to 1902. Los Blancos have 98 wins compared to 96 for the Blaugrana, while 52 games have been drawn.

Real completed a league ‘double’ over Barca last season, winning 3-1 at the Camp Nou in October 2020 and 2-1 in Madrid in April 2021. Los Blancos have put together a four-match unbeaten streak against their arch-rivals.

Gerard Pique v Karim Benzema – A classic battle of two veterans who are masters of their craft and represent the ‘old school’ at their current clubs. Pique and Benzema’s clash could well decide which team comes out on top on Sunday afternoon.

Frenkie de Jong v Eduardo Camavinga – De Jong has taken on greater responsibility for Barcelona and looks to be maturing nicely, but he’ll have a tough test against the all-action Camavinga, whose energy, passing and tackling have helped Real dominate the ‘engine room’ in recent matches.

Ansu Fati v Eder Militao – Barca’s African-born forward may not start the match, but he’s sure to appear at some point in their attack, which will be a ‘red alert’ moment for centre-back Eder Militao as he aims to quell Fati’s potent threat. 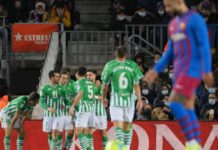 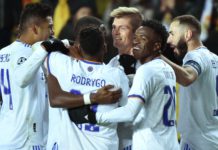 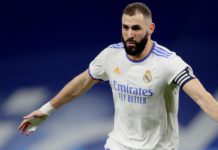 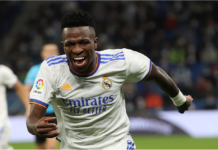 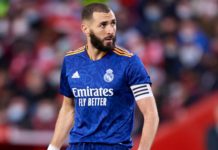 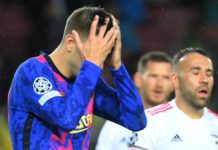 UCL: Barcelona’s hopes in the balance after home draw with Benfica