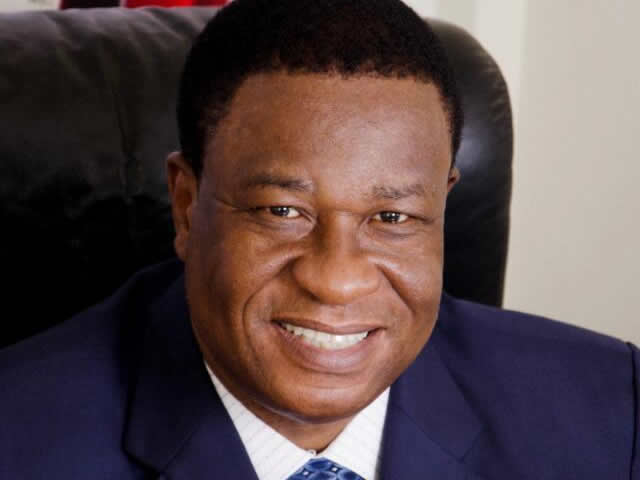 Founder and president of Celltel Networks Ghana Limited has challenged African governments to begin to aggressively partner the private sector in developing the continent’s technology sector.

In an interview with Adom News’ senior producer, Frank Worlanyo Nyonator, Dr Prince Kofi Kludjeson estimated that if Africa wants to play a key role in the global technology space, deliberate steps must be taken to transform the continent’s old economies which are run by governments to one that is technology driven and can create the needed opportunities for the youth here in Africa. He identified the tech space as one of the major sectors to resolving the unemployment situation in Africa. Currently, the African continent can boast of some one billion inhabitants with the youth being in the majority.

As a foremost technology entrepreneur, Dr Kludjeson identified connectivity to be one of the major challenges hindering the continents’ ability to effectively compete within the global technology space and to this effect has embarked on an aggressive programme to equip every student in Africa with technology devices and data starting with Ghana, particularly those at the universities.

He identified one of the problems students are having is their inability to have access to technology devices like modern laptops and smarts phones.

Unlike in other jurisdictions around the world, Dr Kludjeson raised concerns about the legal regimes that govern the technology space in Africa saying they are not forward looking and makes establishing new companies in the tech space extremely difficult and this makes such specialized sectors unattractive to investors and would be home grown Africans who may have interests in the sector.

To this effect, Dr Kludjeson is advocating for a new rethinking of the tech space to which he says must center on not just investing in technology infrastructure but easy access to data and devices. He noted that 99 percent of Africa’s problems can be traced to internet connectivity.

He believes with the coming on board of the African continental free trade area which is the world’s largest trading area since the establishment of the World Trade Organization with 54 of the 55 countries of the African Union steps must be taken to immediately cash in on this trade zone.

Among some of the suggestions from Dr Kludjeson was his warning to political leadership not run the AfCFTA like the old sub-continental groups like ECOWAS and the rest but AfCFTA must be treated as a special purpose vehicle backed by technology.

Africa, he says has depended for far long on other technologies and other platforms developed by other societies, but Dr Kludjeson believes that can be changed with the right purposeful step by growing Africa friendly technologies that are home and continent specific to solve problems.

The technology entrepreneur also says the continent must begin to migrate its technology space from cellular platforms to IOT’s (Internet-of-Things).

He was particularly happy that some companies are emerging into the fintech space on the continent but he thinks going digital is the solution since some of these new fintech entities are still operating on the cellular or analogue platforms.

To the question of a growing technology market on the African continent and how to secure a proper percentage for youth, he advised that deliberate legal instruments should be put in place to make sure an African owns a substantial equity in every investment in the tech space on the continent.

In his view, that is the only way to protect the tech market for Africans and to raise the next generation of billionaires on the continent.

Dr Kludjeson also advised that all these proposals must be youth centered and oriented because in his estimation there are no silver bullets to the challenges confronting the African, but “we must stay away from using unnecessary terminologies and focus more on the basics which he situates on connectivity because that remains the best conversation all Africans must be having in the next decade.”