The Greater Accra Regional Secretary of the New Patriotic Party (NPP), Daniel Odarlai Parker, says he is having sleepless nights over his quest to help the party gain supremacy in the region.

According to him, he is focused on helping the ruling party to break the 8 in 2024 general elections.

“I have been having sleepless nights because of the kind of training I had while working with Dan Botwe, Lord Commey and other party bigwigs. I was a political apprentice and there was no by-election I wasn’t part of. I have played a significant role since 1992 and was even part of a team assigned to conduct candidates search,” he said.

Mr Parker who is seeking re-election in the upcoming party’s internal elections made these remarks on Adom FM’s morning show, Dwaso Nsem as he justified why he is the best for the position.

He recounted the sacrifices he made for the party over the years and will not relent now as he is convinced his work over the years has been appreciated by many.

“In the name of NPP, I sat in the wheelchair and used crutches for years after the Asawase by-election. People have really sacrificed for the NPP” Mr. Parker said.

Based on his hard work, he said some Constituency Secretaries bought the nomination forms for him to contest.

“I was there when my Secretaries brought the nomination forms for me to file and I wept because I was overwhelmed by the love shown me,” he stated.

Meanwhile, Mr. Odarlai Parker has pledged commitment to work with all other executives who will be elected for the common good of the party. 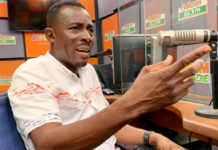 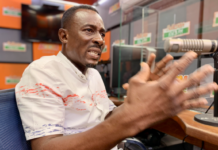