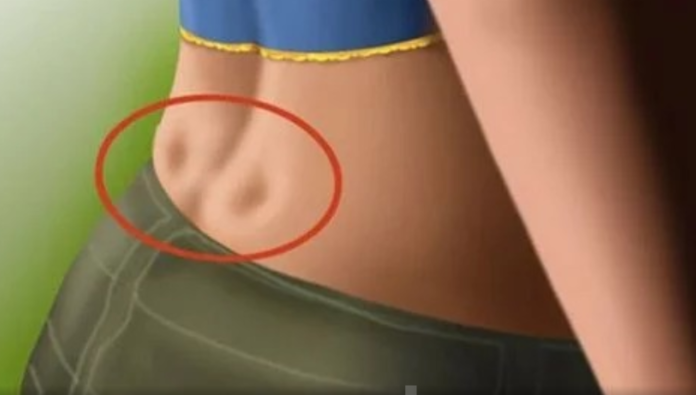 The hole in the lower back is called a dorsal dimple. The curve is just above the buttocks, where the pelvis and spine meet. They consist of a small band that connects your upper iliac spine (outer border of the iliac) to your skin.

These back dimples are also known as Venus dimples. Although it is a common nickname, it is widely accepted in medicine. Dimples on the back are mostly associated with femininity, which is why the term comes from Venus, the Roman goddess of beauty. Women are more likely to have dimples on their backs.

It is widely believed that dimples are genetic, but there is no evidence to support this. With little research on the subject, scientists aren’t sure which genes are linked to dimples. Since there are no muscles in this area to tone, you can’t train them to express them. Weight loss, on the other hand, can accentuate the back dimple.

The claim that men find Venus’ dimples attractive to women is supported by facts. This may be an evolutionary decision regarding the benefits associated with pregnancy, including pelvic stability and tolerability.

An indentation in the back or an indentation in the lower back is an unusual aesthetic feature. The short ligament that connects the pelvis to the skin causes it, although it has no medical implications. Not only is it safe, but it can also be seen as a symbol of attractiveness, especially for women!

There are some similarities between the posterior and sacral dimples, but there are also some significant differences.

Both types of dimples are usually not visible. While dimples are mostly cosmetic in nature, sacred dimples have been linked to a variety of medical problems.