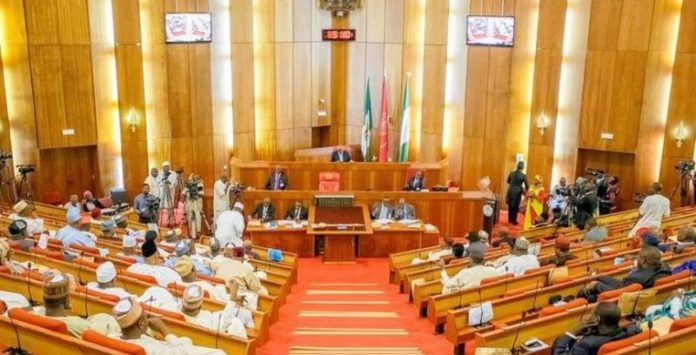 Two ministers in Nigeria have been involved in a face-off in parliament following a committee to probe some anomalies.

Minister of Labour and Employment, Dr Chris Ngige, ridiculed Member of Parliament ,James Faleke, when he took offense to the latter’s manner of questions thrown at him.

Dr Ngige, who appeared before the Adhoc Committee of the House of Representatives to answer questions over an alleged breach of a presidential directive, called Me Faleke “a small boy” whose experience is nowhere near his.

However, in a counter-rebuttal, Mr Faleke insisted despite the minister’s self-acclaimed experience, he lost some of his elections.

His comment seemed to have infuriated Dr Ngige who warned: “If you jab me, I’ll jab you back 10 times”.

Dr Ngige is alleged to have suspended top management and executive committee members of the Nigeria Social Insurance Trust Fund, although the presidential directive bars ministers from sacking heads of agencies.