Minister for Youth and Sports, Mustapha Ussif, has revealed the secret of his success at the controversial ministry.

According to him, he went to the Ministry with an open heart and mind and was able to rally the staff to support his vision.

Sports Ministers over the years have been hit with several controversies when it comes to issues of the Black Stars.

Under the erstwhile Atta Mills administration, at least three Ministers were appointed in the first term due to controversies that rocked most of them including Member of Parliament for Asawase constituency, Muntaka Mubarak.

But under the Akufo-Addo government, Mustapha Ussif is the second after his predecessor, Isaac Asiamah, who also had a tough time defending a budget for the Black Stars.

With these examples to learn from, the Sports Minister, in an interview on Asempa FM’s Ekosii Sen programme Tuesday, said he is being cautious.

His focus, he stated, is to fulfill the vision of President Akufo-Addo just six months into office.

“I met the staff and key stakeholders and they have all been supportive to ensure my vision is realised,” Hon Ussif, who is also the Yagaba-Kubori Member of Parliament, stated.

The Sports Minister noted that, the fete chalked in the just ended Olympic Games in Tokyo was due to the support for other sporting disciplines.

“The athletes were motivated to give off their best and we made sure we paid all their bonuses. I’m a very happy man,” he added.

Mr Ussif was confident given the strategies he had put in place; the Sports Ministry will make Ghana proud. 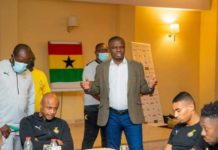 2022 WC: We are ready for our group opponents – Sports Minister 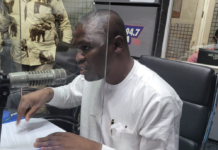