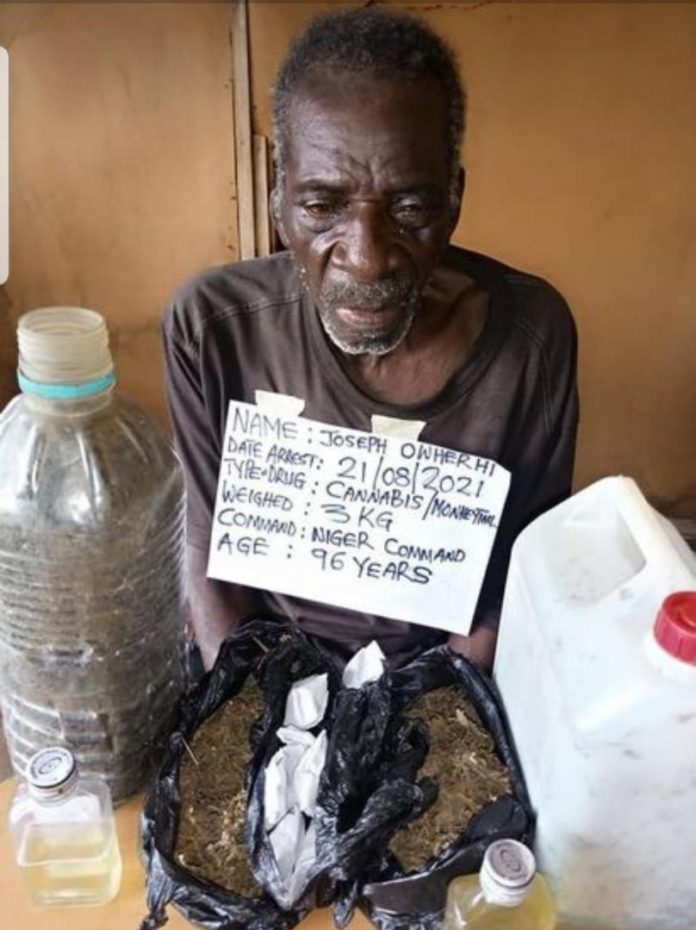 A 96-year-old retired soldier, Pa Joseph Owherhi, has been arrested in Suleja area of Niger state by operatives of the National Drug Law Enforcement Agency (NDLEA) for dealing in illicit drugs.

The Nonagenarian was arrested in his house at Rafin Sanyi area of Suleja on Saturday, 21st August, 2021 with three kilograms of cannabis based on credible intelligence.

He was arrested with parcels of cannabis and some hidden in small gallons.

In his statement, he confessed he had been living on the illicit trade since he retired from the military in 1982. He also claimed he peddles drugs to feed his eight wives and 50 children.

Pa Joseph Owherhi was part of the suspects the police paraded, along with over 20 other drug dealers.

Also, four trans-border drug traffickers have been arrested in Adamawa state while attempting to cross the land border on motorcycle in Kolere village, Mubi North LGA to Cameroon in a different swoop.

They were nabbed on Sunday 22nd August with packs of Tramadol concealed inside noodles cartons.

Others were arrested in markets with different brand of consignment including cocaine, injections.

Some 17 were arrested in Lagos, one in Kogi State and the rest in Ondo State.

While commending the officers and men of Niger, Adamawa, Lagos, Ondo, Kogi and Oyo Commands of the Agency for their relentless efforts, Chairman/Chief Executive of NDLEA, Brig Gen. Mohamed Buba Marwa charged them and their counterparts across the country not to rest on their oars in the ongoing offensive action against all drug cartels in Nigeria. 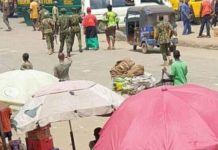