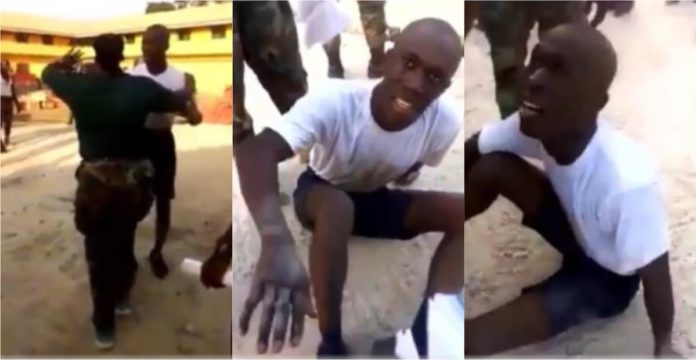 A visual making the rounds on social media shows a young man overwhelmed by intense training at a military camp begging to be allowed to go home.

The less than five minutes of footage opens with the young man sitting on the bare ground with his superiors surrounding him.

A scene in the video shows the young military trainee gasping for breath following rigorous training.

His superiors, who were standing next to him, asked about his name and age.

“I’m 27-years-old,’’ he said while visibly sobbing that he should be allowed to home.

He can also be heard saying that he was tired.