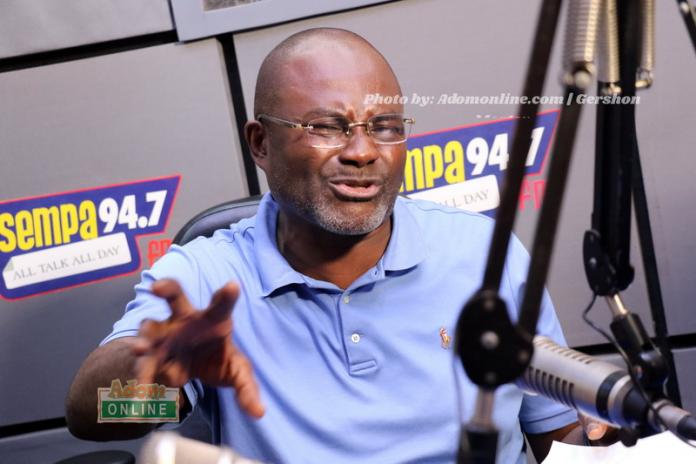 Member of Parliament for Assin Central has revealed he nearly subjected ace investigative journalist, Anas Aremeyaw Anas to severe beatings at the premises of the General Legal Council.

Ken Agyapong said his hatred for the Tiger Eye PI leader makes it impossible for them to meet without a fight.

The Assin Central MP dragged Anas to the General Legal Council insisting that, his modus operandi of entrapping people should not be countenanced by Ghanaians.

In a complaint letter dated July 5, 2018, addressed to the Chairperson of the Disciplinary Committee of the General Legal Council, Mr Agyapong is asking that disciplinary action should be taken against Anas as a lawyer.

When they were both summoned by the Council on the matter, Ken Agyapong said he could not maintain his cool and also beat the ace investigative journalist.

The tension between these two men has been deepened after a member of Tiger Eye PI was killed at Ahmed Hussein Suale was killed Wednesday night at Madina in Accra.

Anas and his team quickly circulated a video in which the MP was seen on live TV urging people to beat him up if he was spotted close to his Net2 Television.

His conduct in the video makes him a prime suspect in the murder case – an allegation he has vehemently denied.

Ken Agyapong on Asempa FM’s Ekosii Sen programme said it is a grand scheme by Anas to divert attention.

He said until Anas is invited, he will not honour any invitation by the police.