Former Ghana coach, James Akwasi Appiah, has revealed that he has turned down multiple offers to be in the dugout.

The 61-year-old has not been in the dugout after leaving the job of head coach of the Black Stars in November 2020.

Speaking in an interview, the former Al Khartoum manager, revealed that he has decided to have enough rest before he returns to the touchline.

He stressed that he has turned down multiple offers from six different countries.

“Six countries have come up with offers but because I have decided to take a rest,” he told Ghanacrusader.

“I am staying off until I get ready to go back to football then we can have this conversation,” he said.

He also revealed that he was approached by the Chief Executive Officer of Asante Kotoko, Nana Yaw Amponsah and some Board Members to take over the club.

“I had a conversation with Nana Yaw Amponsah and some Board Members but I declined because I have decided to take rest for some time because of the pressure that comes with the national team job,” he disclosed.

He remains the only local coach to have qualified the country to a FIFA World Cup in 2014 in Brazil.

2021 AFCON: Shameful Black Stars to arrive in Ghana on Thursday 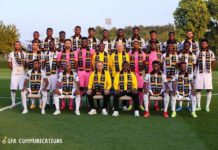