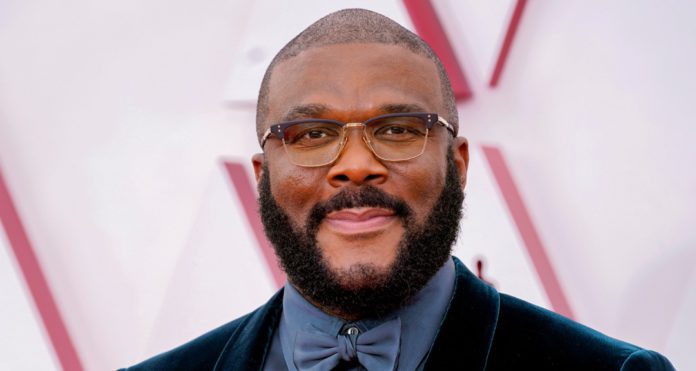 In a recent interview with Gayle King at the Tribeca Festival, Tyler Perry said media reports claiming he had comforted Will Smith after he slapped Chris Rock at the Oscars weren’t actually the case.

According to Deadline, the billionaire filmmaker was initially coy on the topic. But when he touched on it, Perry said that though he “left early to get to Chris to make sure he was okay”, he understood the King Richard actor’s emotions.

“There is a difference between comforting and de-escalating,” Perry said.

But when King asked if one of the soundstages at the Tyler Perry Studios would continue to bear the name of Smith, Perry replied saying touching on the topic in question will relegate other conversations they had to the background.

“My only problem with it is this. If I talk about it, then it becomes overshadows everything else we talked about. That will be the headline for sure,” Perry said.

As part of moves to honor black people who have made notable strides in Hollywood, Perry named the soundstages of his studios after some Black Hollywood legends.

“We can make another headline,” King responded in a light-hearted manner. “I am pregnant with Tyler’s child. That’s the headline.”

Perry then said: “I was there, close up. I left early to go and check on Chris because it was wrong in no uncertain terms and I made sure I said that to Will.” The filmmaker and actor also revealed that Smith was “devastated” in the wake of the controversial slap.

“He couldn’t believe what happened. He couldn’t believe he did it,” Perry recalled. “And I’m looking at this man, in his eyes going, ‘What are you doing? This is your night… And to get all this way to winning an Oscar. It was one of the crowning moments of his career that he wanted so desperately.”

Smith, who has since been banned from the Oscars for ten years, later took home the Oscar for best actor for his role in the King Richard movie.

“I think he is very much in reflection, trying to figure out what happened,” Perry continued. The 52-year-old also highlighted a part in Smith’s memoir where he recalled not being able to protect his mother from his abusive father when he was 8 years old.

“I know that feeling…. And if that trauma is not dealt with right away as you get older, it will show up in the most inappropriate and horrible times,” Perry said, adding that the controversial moment “was very difficult” as both Rock and Smith are his friends, Deadline reported.

The Madea actor also referred to Rock as a “pure champion” for his handling of the physical confrontation. However, he said “something happened that was extremely painful for [Smith] as well. It’s no excuse, he was completely wrong, but something triggered. That was so out of everything he is.”

“I feel very uncomfortable. I don’t feel it is my story to tell,” Perry added.