In 1916, John D. Rockefeller, the father of the petroleum industry, became the world’s first billionaire.

Nearly a century later in 2015, there were 536 American billionaires of a total 1,826 billionaires worldwide, according to Forbes.

That number may in fact be low – the Wealth-X and UBS Billionaire Census estimates there were 2,325 billionaires globally in 2014, including 609 Americans.

Identifying those who are billionaires from those who have significant wealth can be difficult, since many are reticent about publicly discussing details of their wealth.

Also, for many, growing personal wealth is not a goal, but the byproduct of their business activities.

In his book ‘Trump: The Art of the Deal,’ Donald Trump, the real estate mogul ranked at number 405 on the Forbes 2015 list, explained that money was never a big motivation for him, except as a way to keep score.

“The real excitement is playing the game,” he states.

According to United States (US) Census Bureau, in 1916, Rockefeller was the only billionaire of the approximately 102 million people in the US.

Today, there are 320 million people in America with a billionaire for every 600,000 residents.

Assuming that the number of U.S. billionaires will continue to increase at its historic rate of 6.49% annually, there will be more than 4,800 American billionaires by 2050, or one billionaire for every 91,000 people of the projected 439 million total US population.

Dreams of becoming a billionaire may not be as far-fetched as once believed.

What is a billionaire?

Simply stated, a billionaire is a person who has a net worth of $1 billion or more. In other words, if you can sell all of your assets for cash, pay off your debts, and have $1 billion remaining in the bank afterward, you are a billionaire.

Having $1 billion in assets with debts of $900 million doesn’t make you a billionaire, although you and your family are unlikely to worry about future college expenses or retirement.

A billion dollars, like all large numbers, can be difficult to comprehend.

For example, counting to $1 billion at the rate of a one dollar bill per second would be a lifetime career for three men working a standard 40-hour work week.

If you hired them at age 21, they would complete the task more than 44 years later, assuming they worked eight hours every day without taking a single sick day.

The counted $1 bills would fill a building the size of a football field to a height of 8.3 feet and weigh more than 1,100 tons.

In terms of purchasing power, a billion dollars is the equivalent of the following:

While some billionaires, indulging in their wealth, own yachts, drive exotic cars, fly in private jets, and reside in multiple mansions around the world, others are surprisingly frugal.

Warren Buffett, third on the Forbes list, still lives in the same house in Omaha, Nebraska that he purchased 50 years ago for a little over $30,000.

And David Green, founder and Chief Executive Officer of Hobby Lobby, eschews the use of a private airplane, preferring to fly coach, according to a Forbes interview. 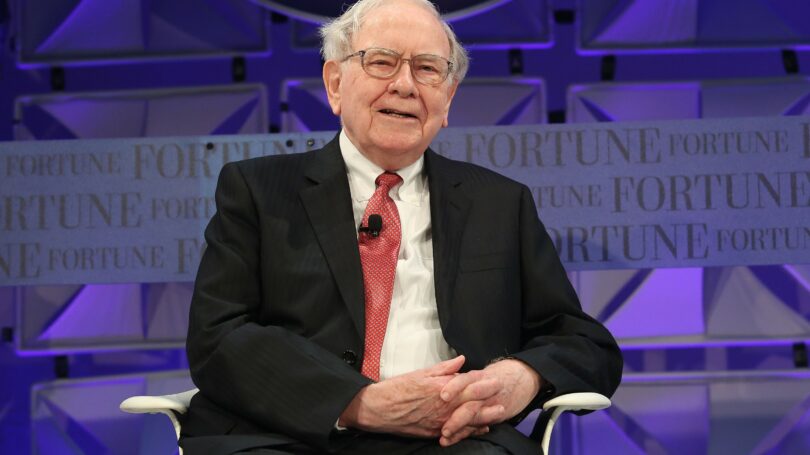 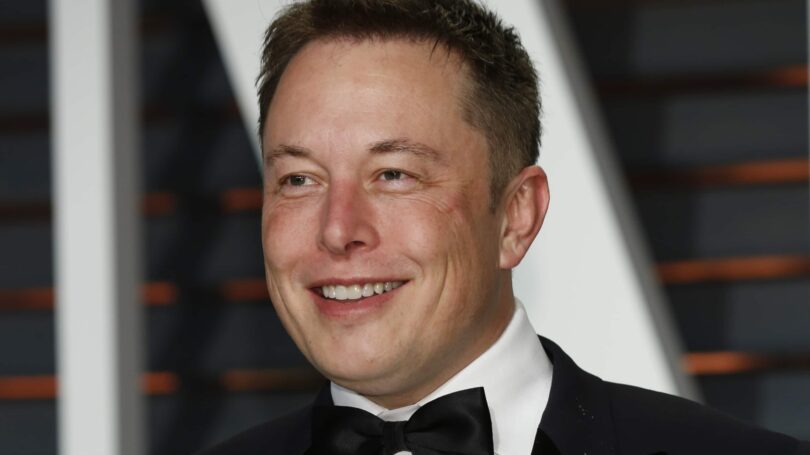 Keys to Becoming a Billionaire

Achieving billionaire status is not just a matter of hard work and determination, although they are necessary ingredients. As Justine Musk says, “A lot of people work extremely hard and through no fault of their own – bad luck, the wrong environment, unfortunate circumstances – struggle to survive. Determination and hard work are necessary, yes, but they are the minimum requirements.”

While many of the super wealthy – especially those who have made their own fortunes – would agree with Ms. Musk’s comments about hard work, they would also advise all aspiring billionaires to do the following:

1. Listen to Your Own Drummer

Find your own niche, and don’t try to copy what has worked for other people. Concentrate on discovering what the world wants and needs.

For example, according to Fortune, a young man trying to find a cab in Paris in 2008 couldn’t find one, leading to the founding of ‘UberCab’ and the development of a mobile app that connects riders with drivers in a sharing economy. The app was launched in 2010 in San Francisco and is now available in countries around the world. Uber‘s two co-founders – Travis Kalanick and Garrett Camp – were ranked tied at number 283 on the Forbes list, each with an estimated net worth of $5.3 billion.

According to Forbes, two MIT students, Drew Houston and Arash Ferdowski, founded a file-hosting service in 2007 because they were constantly forgetting their USB flash drives. Their service, Dropbox, made file sharing easier, yet secure. Still a private company, Dropbox is valued at more than $10 billion. Its CEO, Drew Houston (number 1,533), has a net worth estimated by Forbes at $1.21 billion. Pursue those ideas that fascinate, compel, and will sustain you when the going gets tough.

What can you bring to the world that is unique, compelling, and helpful, with the ability to change lives and create a new business? No billionaire started a company to be mildly successful.

At age 19, Bill Gates was one of the first to recognize that personal computers could revolutionize business, education, communications, and entertainment if their operation could be simplified so that everyone could use them. This led to the founding of Microsoft. Jeff Bezos, the founder of Amazon.com, recognized a future where virtual retailers could replace brick-and-mortar operations with lower costs, wider selections, and better customer service. Billionaires are adept at discerning what can be and making it come true.

3. Be Totally Committed to Success

Forget passion – success is about obsession. Mark Cuban (number 603), a billionaire in his early 30s after the sale of his company Broadcast.com to Yahoo, advises, “Don’t start a company unless it’s an obsession and something you love. If you have an exit strategy, it’s not an obsession.” When building his company, Cuban couldn’t keep a girlfriend, went seven years without a vacation, and didn’t even read a fiction book during that time: “I was pretty focused.”

Bill Gates never took a day off during his 20s while building Microsoft. Mark Zuckerberg advises entrepreneurs to move fast and “break things” – the “things” being the traditional ways of doing business. 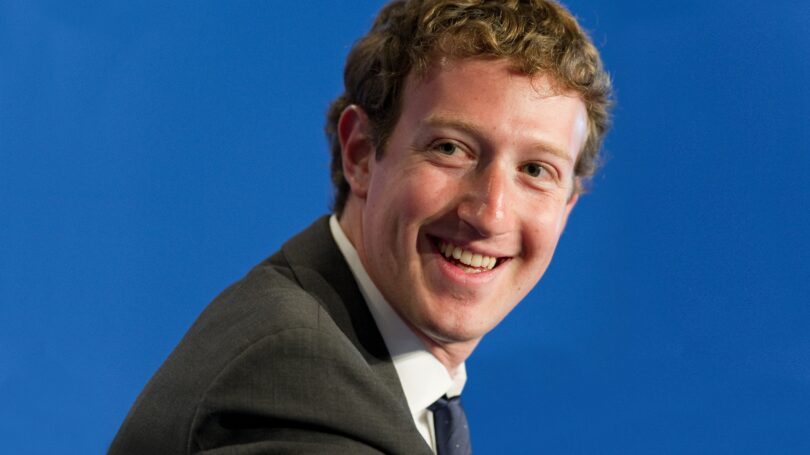 Realize that it is impossible to avoid all mistakes and pitfalls, so don’t be afraid of failure – even those of the magnitude that others consider spectacular and humiliating. Sam Walton’s first store in Arkansas went broke. Apple’s Newton platform was a colossal failure, but the lessons learned led to the iPad and the iPhone. And Apple’s Lisa computer was such a failure that Jobs lost his position with the company.

James Dyson (number 318), the English inventor of the revolutionary Dyson vacuum cleaner, created 5,127 prototypes over 15 years before having a product he could take to market. Carlos Slim Helu believes the greatest opportunities lie in situations where others are afraid they might fail, stating, “When there is a crisis, that’s when some are interested in getting out – and that’s when we’re interested in getting in.”

5. Pay Attention to the Details

According to Harvey S. Firestone, the founder of the Firestone Tire and Rubber Company, “success is the sum of details.” Steve Jobs, a co-founder of Apple and a recognized visionary, was notorious about his attention to details – according to associates, no detail was too small to be overlooked. According to NPR, Jobs once called a Google executive on a Sunday morning to explain that he was not satisfied with the color of the Google logo as it appeared on the iPhone. In the early stages, companies are more likely to fail due an overlooked detail, not because the entrepreneur missed the big picture.

6. Build a Trustworthy Team of Advisors and Partners

No person achieves billionaire status by himself – everyone needs help along the way. Just as Batman had Robin, Gates had Paul Allen and then Steve Ballmer beside him building Microsoft. Similarly, the “two Steves” (Jobs and Wozniak) led Apple in the beginning. Warren Buffett has worked with Charles Munger (number 1,553 on the list) since 1975.

A trusted confidante backs you up, serves as your sounding board, and is unafraid to deliver criticism when you need it. If you are the wagon master, he or she acts as scout to ensure nothing is missed or overlooked. He or she keeps you grounded and focused. Never be afraid of working with people smarter than you are or who possess tools you lack.

Invent, innovate, and invest in your products and services, always keeping customer satisfaction your number one goal. J.Paul Getty, named by Fortune magazine as the richest living American in 1957, claimed that “the man who comes up with a means of doing or producing almost anything better, faster or more economically has his future and his fortune at his finger tips.” 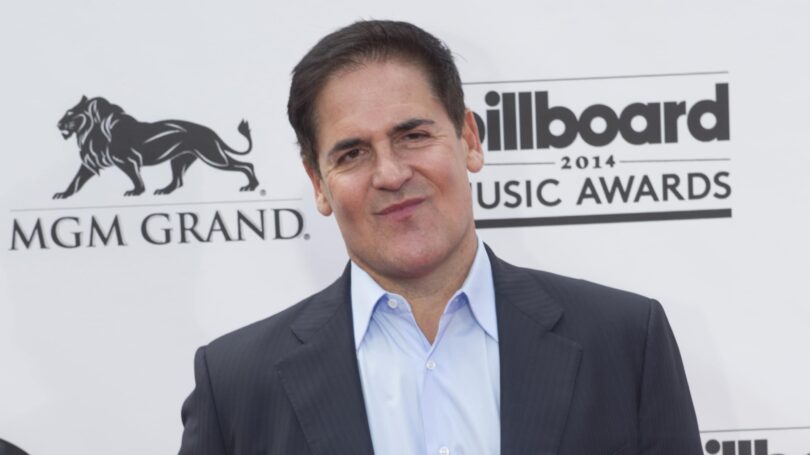 Knowing that super success is possible, you should keep in mind the following: 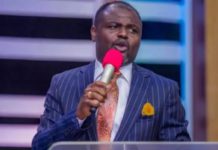