From Monday, September 21 to October 31, candidates who have just completed the Basic Education Certificate Examination (BECE) will be selecting the Senior High School they will like to attend.

Following the release of the BECE results by the West African Examination Council, the placement process begins using the candidate’s aggregate from his or her four core subjects (English, Maths, Integrated Science and Social Studies) plus the two best grades from his or her elective subjects.

The vacancies declared earlier by each school are then fed into the Computerized School Selection and Placement System (CSSPS).

There are three modes by which placement is done under the CSSPS: Automatic Placement, Self-Placement and Manual Placement.

This is the process by which the CSSPS places the students by merit into one of their chosen schools in descending order. This is run automatically without any manual intervention.

For instance, if a student with aggregate 8 would otherwise get a place in school A but has chosen the more competitive boarding option and space is full because other candidates with a better aggregate have secured placement into the boarding house, then the system will not place him or her on day status in that school because the DAY option was not the candidate’s choice.

The system will move to their second choice school to attempt to get both their programme and residential choice. If unsuccessful, the system will proceed to their third choice and so on. The process is repeated until the student is placed.

Where a candidate has chosen a school both as boarding and as their compulsory day choice, if the system is unable to secure boarding space for him or her, it will then seek to place him or her on the day basis in that school.

Where a school is oversubscribed for a particular programme by students with similar aggregates, a tie-breaking system is employed to determine the placement.

i. The number of Grade Ones

E.g. If 300 students with Aggregate Six are competing for Science in School A and there are only 120 science spaces available, the ranking will be done such that those with Nine Ones will gain admission, followed by those with Eight Ones, and so on.

If there is still a further need to break a tie, this will be done in descending order with respect to the raw scores obtained.

A further tie-breaking, where necessary, will then follow with respect to the core subjects; English, Mathematics, Integrated Science and Social Studies.

For instance, if you choose the highly competitive science programme in OWASS and you miss out, you cannot come and ask for your programme to be changed to another programme at OWASS.

Sensitization of school heads and other education has been ongoing. Schools are to guide parents in turn. 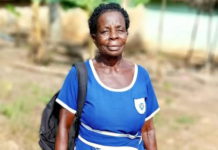 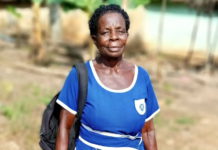 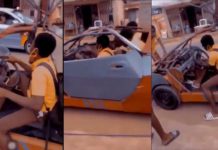 Kantanka to ‘adopt’ JHS graduate who built his own car