The Founder and Leader of the Heaven’s Gate Ministries, Nicholas Osei, popularly known as Prophet Kumchacha is heading to court over popular song ‘One Corner’ by Swedru-based musician, Patapaa.

The man of God will be praying the court to place an injunction on the song to stop all radio and television stations across the country from playing the song.

The dance and song, currently the biggest song in Ghana, has seen people go gaga by either perching on whatever object is before them, go under cars, chairs or whatever while others isolate themselves on the ground to do a wild gyrating moves.

Some entertainment personalities including Funny Face and actor Kwaku Manu have all recorded videos dancing to the song.

The song and dance craze have transcended the shores of the country with Nigerian music star Reekado Banks and Falz all dancing to it.

In spite of the song being internationally recognized, Prophet Kumchacha in an interview on Kofi TV said it is encouraging promiscuity.

He could not fathom why such a “foolish song” is getting massive airplay when good songs from musicians like Amakye Dede, KK Kabobo, Akwesi Ampong Agyei are not being played on radio.

Citing Ecclesiastes 7:5 which says it is better to hear the rebuke of the wise, than for a man to hear the song of fools, the leader of Heaven’s Gate Ministries underscored the need for the song to be banned which has led to the death of some people.

Prophet Kumchacha said anyone who dances to the demonic ‘One Corner’ song will go to hell. 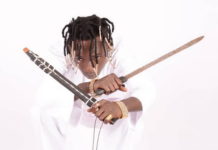 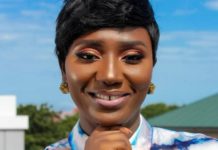 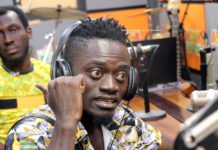 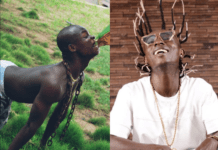 Patapaa inspired me to do music – AY Poyoo