Pastor of the late Franky Kuri, friend of Dancehall artiste, Ebony Reigns is certain his church member is in the bosom of the Lord.
Praying over the mortal remains of the young lady born Francisca Maame Yaa Teboa Nkansah, the Rev Father of the Prince of Peace Catholic church in Kwashieman in Accra revealed that, she was a devoted Catholic who loved the work of God.
ALSO READ: Franky Kuri’s funeral in PHOTOS
Franky was a baptized Catholic; she had God in her life. Jesus loves her and he has come for her”, he added.
Franky Kuri  died in the accident that claimed the lives of Ebony Reigns and Lance Corporal Vondee Atsu Francis on Thursday, February 8 at Nyame Bekyere near Mankranso in the Ahafo Ano South District of the Ashanti Region.
WATCH: HOT VIDEO: Ebony’s friend Franky Kuri laid to rest
She had accompanied Ebony to visit her mother in Sunyani and were returning to Accra when the incident occurred.
After the burial service, her mortal remains was sent to Achimota in Accra for a private ceremony.
ALSO READ: One more dies after eating banku and okro soup
Meanwhile, Ebony Reigns will also be given a final resting place on March 17. Her family has chosen the Independence Square for the final funeral rites of the female dancehall artiste.
Watch video below 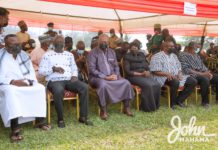 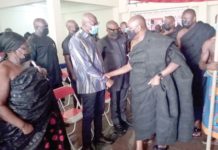 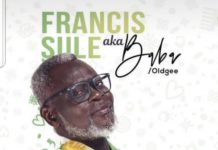 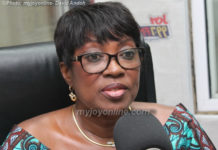