A new vaccine against HIV, the virus that causes Aids, is being tested in South Africa in what scientists say is the first large study of an HIV vaccine’s effectiveness since 2009.

About seven million people in South Africa are living with the virus, which is one reason why the trial is taking place there.

Experts hope the vaccine will be “the final nail in the coffin” for HIV.

The vaccine regime being tested is based on one used in a trial in Thailand in 2009, which had a protection rate of about 30%. Results from South Africa are expected in four years.

Since the HIV virus was identified in 1983, efforts to develop an effective vaccine have proved unsuccessful.

Researchers hope that this might come to an end with the current study, which is code-named HVTN 702.

“It will tell us whether the initial success observed [at a smaller scale] will bear fruit in the form of a safe and effective HIV vaccine designed for the people of southern Africa,” Dr Gray said. 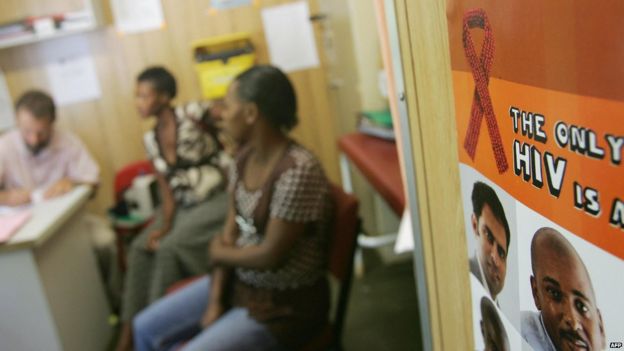 According to the United Nations, more than 30 million people have died from Aids since the 1980s.

Recent breakthroughs in anti-retroviral treatments have improved the lifespan of Aids patients.

However, the only effective prevention remains abstinence or the use of barrier methods such as condoms during sexual intercourse.

As part of the present trial, study participants will receive a total of five injections over one year, says the US National Institutes of Health (NIH), which is sponsoring the trial.

Awethu Benenengu, a 20-year-old construction worker, who is one of the participants in the trial, told the BBC’s Nomsa Maseko in Johannesburg that he volunteered because he wanted to help defeat Aids.

“I decided to get involved because I don’t like the way my HIV-positive cousin is treated,” Mr Benenengu said.

“There is so much stigma. I want to be part of a generation that changes this and I want my children to be proud one day of their father for getting involved in making history.”

Participants who become infected with HIV during the trial will be referred to local medical providers for care and treatment, NIH adds.

They will be advised on how to reduce their risk of transmitting the virus.