An Accra High Court, presided over by Justice William Bempong, has vacated an earlier order striking out Senyo Hosi’s defamation case filed against Kennedy Agyapong in 2017.

On July 12, lawyers for Senyo Hosi, Chief Executive Officer of the Chamber of Bulk Oil Distributors were not in court when lawyers for the Assin Central Member of Parliament (MP) asked the court to strike out the case.

But the court today said lawyers for the MP failed to bring certain important facts to its attention on July 12 leading it to wrongly strike out the case.

It, therefore, rejected all arguments by the MP’s lawyer, Raphael Agyapong against relisting the case.

Also, Justice Bempong stressed that the striking out was in error because Mr Hosi and his lawyers were never informed the case had been rescheduled for that day after they had missed an earlier adjourned date.

Lawyer for Mr Hosi argued that the development was “bizarre” because the MP and his lawyers had failed to comply with orders to file witness statements in 2019 and only did so in March this year.

Samson Lardy Anyenni said the court was ready to proceed with case management for the trial to start in 2020 but he magnanimously indulged the MP and his lawyers only for them to show up the last time and act in bad faith.

He added that the conduct of Mr Agyapong’s lawyers was in bad taste because his firm had on six different occasions served hearing notices on them when they failed to attend court and didn’t know the next adjourned date.

The case has been adjourned to Wednesday, October 20, 2021, at 9:00 am for case management to pave the way for the trial to start. 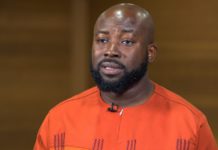 My life is in danger – Senyo Hosi cries 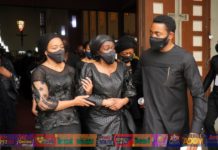