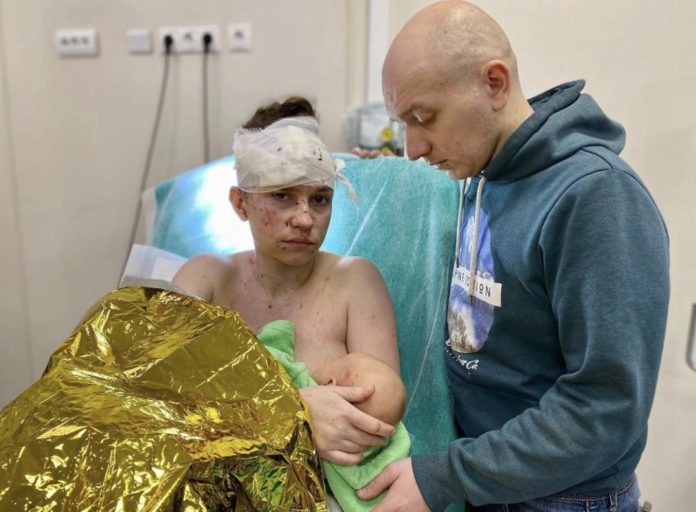 Bandaged and bloodied, a mum nurses the baby she saved from Russian shellfire by shielding the tot with her own body.

Brave Olga — badly injured by shrapnel in Putin’s blitz on Kyiv — cradles her month-old child as a man thought to be her partner comforts them.

Amazingly, the baby was believed to be unhurt thanks to the quick-thinking courage of its Ukrainian mother.

The two were being cared for yesterday at Kyiv’s Ohmatdyt children’s hospital.

Journalist Anastasiia Lapatina, who works on English-language newspaper the Kyiv Independent, said the baby was well.

She added that the pair were being treated at Ohmatdyt children’s hospital in the city.

She also said the baby was unharmed.

Olga, pictured with a man thought to be her partner, was wrapped in a foil blanket on a hospital bed as medics attended to her.

It comes as Ukrainian forces killed another top Russian general, the fifth to die since Putin’s troops invaded the country last month.