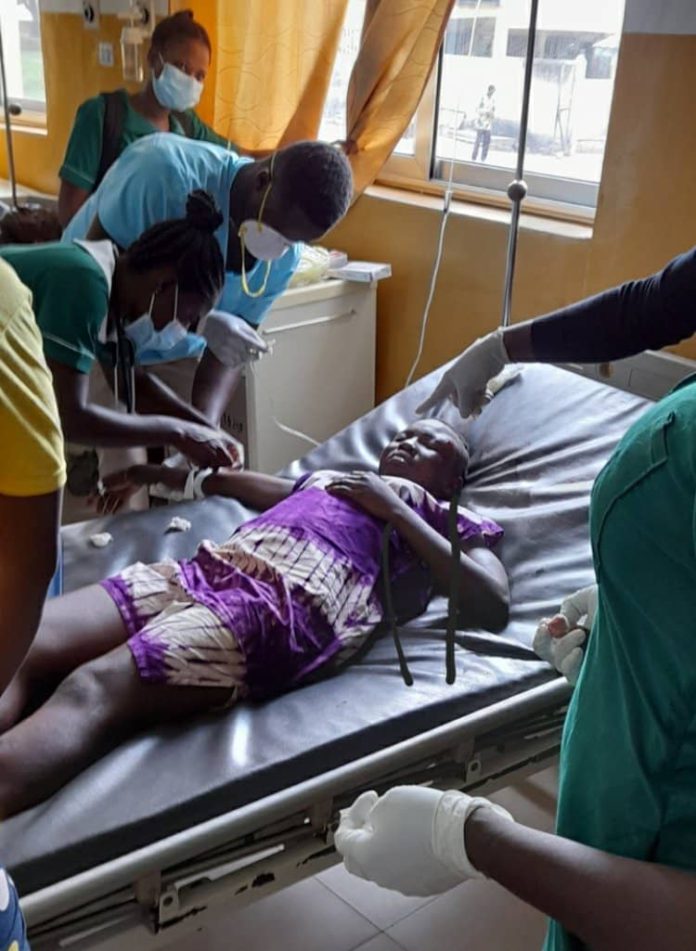 A 16-year-old-girl, Aliatu Haruna, is battling for her life at the West Gonja Government Hospital following an attack from a herdsman.

The incident happened on Sunday afternoon when the victim and her colleagues were washing at a dam at Yipala in the West Gonja District of the Savanna Region.

Information gathered indicated that the herdsman invaded the dam for his cattle to drink water from the same dam, at a time the girls were washing.

Aliatu Haruna and her colleagues are said to have advised the herdsman to wait for his turn before polluting the water, but that touched his nerve.

Consequently, he is reported to have slashed the head of one of the girls before fleeing the scene.

The victim was rushed to the West Gonja Government Hospital where she is recuperating.

Due to the impact of the wounds, the injured is currently unable to talk.

The case is yet to be reported to the police and the suspect is still at large.

Man battling for his life after policemen allegedly whip his manhood