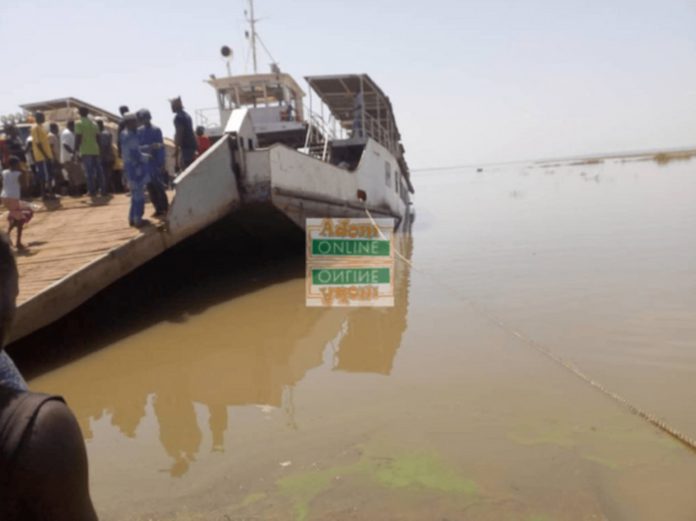 There is a looming public health danger for residents of Dambai and adjoining communities in the Krachi East Municipality of the Oti Region.

This is because the major source of water has suffered from faecal matter pollution, resulting from the spillage of the Bagre dam, in neighbouring Burkina Faso.

Public toilets sited close to the Oti River were submerged by the floodwaters as the only source of water for the people suffering major sanitation pollution.

Many households along the River and parts of Dambai Market, including shops, have been submerged by the flood waters, raising public health issues and endangering lives and property.

A visit by the Ghana News Agency (GNA) to assess the situation revealed that the public toilet situated at the Dambai Lakeside has been swallowed by the rising floodwater.

The condition has compelled some residents to freely defecate openly along the riverbanks while some found other ways of discharging solid waste into the river.

GNA sighted washrooms provided by Volta Lake filled with water, posing a serious sanitation problem to residents there and other communities along the River.

The human waste that flowed into the river produced a pungent stench at the landing site, which is driving patrons away.

Madam Dianna Alhassana, a resident admitted that they may suffer water-borne diseases due to the indiscriminate disposal of liquid and solid waste such as Cholera, Diarrhoea, typhoid fever after consuming the contaminated water.

Mr Nurideen Mohammed, who operates shops and a guest house, recounted his ordeal and losses as wares running into hundreds of cedis were destroyed by floodwaters.

He said some items were salvaged and was operating from a temporary place.

The residents are calling on the authorities to completely pull down old toilet facility and build a new one for them.

Madam Sybil Marie Boison, the Oti Regional Environmental Health Officer, told GNA that a comprehensive report is being prepared, which would be tabled at the Oti Regional Coordinating Council and the office of the Minister for immediate attention.

She said the situation was dire and could trigger an outbreak of cholera and warned the residents to take their destiny into their own hands while they wait for official response.

The Municipal Directorate of the National Disaster Management Organization (NADMO) had issued flood alerts ahead of the opening of the Bagre dam this year and warned residents along the riverbanks that the rising water levels in the White Volta could leave thousands of people affected by flooding.

Mr Jacob Desiavor, the Director, urged residents to move their valuables to higher grounds for safety.