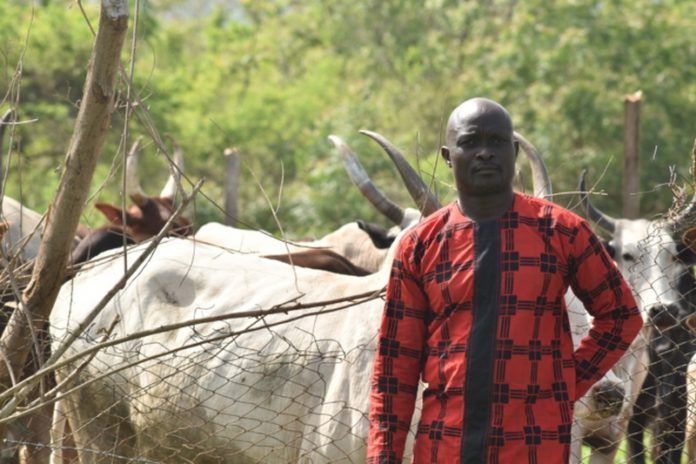 The Chiefs and people of Have in the Afadzato South District of the Volta Region are up in arms over encroachment on their lands by owners of cattle in the area.

The traditional authorities launched attacks on the cattle owners and demanded that they leave their lands after an eviction notice had expired.

However, there is a tendency for conflict due to the actions of the landowners.

A cattle owner, Peter Johnny inherited the cattle business from his father over a decade ago.

His farm occupies a section of the Have lands in the Afadzato South District of the Volta Region, where he employed and stationed herdsmen to take care of his animals.

Unfortunately for him, he is facing eviction from the landowners.

“My wife informed me that some people were destroying my kraal, I rushed to the farm and saw a group of people from Have, whom I started filming.”

“They rushed on me, heckled me and took my phone away from me. One of them pointed a gun at me while another threatened to cut me with a machete”, Peter Johnny narrated.

Some 2 other kraals were destroyed to impress on the cattle owners to leave Have lands after the eviction notice expired on 20th March, 2022.

“They claimed the cattle are destroying their farms so they want the animals to leave their lands. They sacked the animals out of the kraal ,” a cattle owner lamented.

“I received information that some people evaded my farm and destroyed my kraal”, another said.

Mr. Johnny said, “Togbe Gbemu assured me that I won’t be sacked from the land, he is my landlord so I believed him. I confronted him when I heard the news that cattle owners should leave Have lands, he made it clear that I haven’t done any wrongdoing so I would not be sacked.

I am however surprised that the natives came to my farm and destroyed my kraal, even when the two weeks ultimatum given me has not expired.”

The Have Traditional authorities confirmed the attacks and indicated that it was orchestrated and carried out by the warriors.

It was in line with actions planned to ensure settlers engaging in cow farming leave their lands because their animals continue to destroy their farms.

The victims reported the incidents to the Police who are making efforts to find an amicable solution to avert a possible conflict in the area.