The President of the Ghana Union of Traders Associations (GUTA), Dr Joseph Obeng, has revealed that “traders are overly excited and very happy” over the government’s decision to suspend the reversal of discounts on benchmark values on imported goods.

According to him, the President has been very sensitive to the plight of traders, thus the widespread jubilation and cheers amongst traders in the country.

He, therefore, called on the government to expedite action on the stakeholder conversations, to bring closure to the substantive issue.

“The news means that the President has been very sensitive to our plights, and the traders are very grateful for this. We call on the government to make sure that the stakeholder engagements start as early as possible. We take the opportunity to call on the Ghana Revenue Authority to withdraw its earlier circular that suggested that they’ve deferred the implementation to 17th.

On January 2, 2022, the Customs Division of the Ghana Revenue Authority (GRA) issued a directive announcing the reversal of discounts on benchmark values, effective January 4. Later on, the GRA said the implementation of the directive had been deferred to January 17.

The announcement by the GRA was met with resentment by traders and other stakeholders, who described the decision by the Ghana Revenue Authority as ‘harsh’ and ‘insensitive’. Following these concerns, President, Akufo-Addo is reported to have directed the GRA on Saturday, January 8, to pull the breaks on the implementation of the reversal of the discounts on benchmark values. According to the President, this is to deepen stakeholder engagements on the issue.

Reacting to the President’s directive, the President of GUTA indicated that his members will be open-minded during the stakeholder engagement sessions.

That the government, acknowledging that we have a serious problem and that duty payments were extremely high, the highest in the world. And they brought the solution in the benchmark policy. So if you’re reversing it, then it is in the direction that we find a mitigating factor that will cushion the trading community,” he noted.

Meanwhile, a section of the populace have criticised GUTA for not allowing the discounts on benchmark values to reflect on the cost of goods on the market.

Reacting to these sentiments, Mr. Obeng said consumers should query manufacturers as well. According to him, manufacturers also profited from the discounts on benchmark values, thus they must also be questioned on why they have failed to transfer some reductions to buyers. 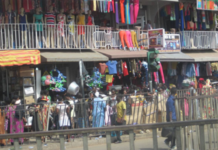 Govt to establish bank for traders

Removal of 50% benchmark value will be suicidal – GUTA