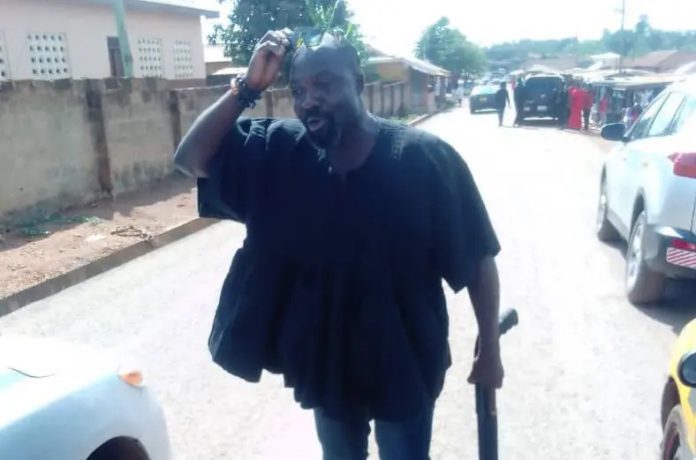 The Akyem Kade police in the Kwaebibirem Municipality of the Eastern Region have arrested a 42-year-old Osei Kojo Forson who went to a funeral ground with a pump action gun.

The suspect fired several warning shots and threatened to kill the chief of Akyem Kade, Osaaberima Agyare Tenadu II which made everyone at the funeral run helter-skelter.

Some eyewitnesses indicated Mr Forson threatened to kill anyone who dares to stop him from firing his gun on Saturday though the reasons for his action are unclear.

The Akyem Kade Police Commander, Superintendent Agyenim Boateng, who confirmed the unfortunate incident, disclosed that the suspect has been granted police bail and will appear before the court on Tuesday.

The Kwaebibirem Municipal Chief Executive, Seth Antwi Boasiako, speaking to the media, revealed that the security system in the municipality needs to be beefed up.

Mr Boasiako bemoaned Saturday’s incident has left residents in fear, especially after they got information that the suspect has been granted bail.

He has, therefore, called on the Inspector-General of Police, Dr George Akuffo Dampare, to get his men to restore calm to the area.

5 dead, 30 wounded as gunman opens fire during US Independence parade