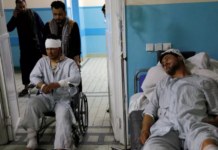 Prices of petroleum products to go up 5.5% – COPEC