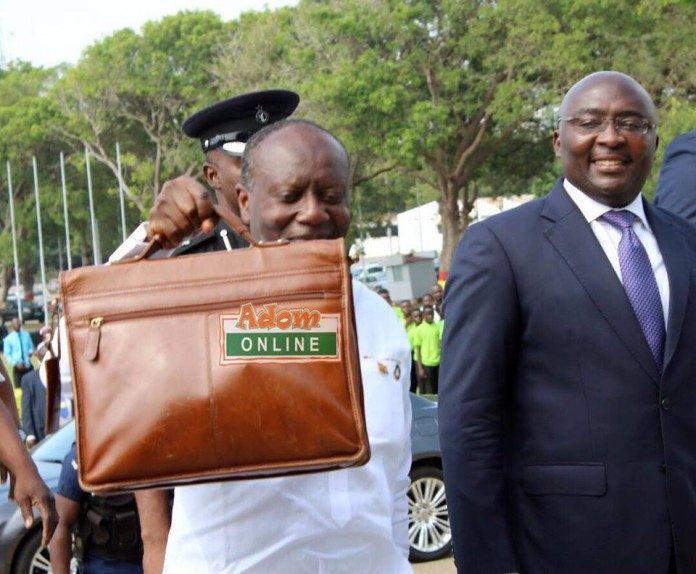 Government has pleaded with Ghanaians to pay their taxes, promising to protect the public purse.

Finance Minister, Ken Ofori-Atta, made the pledge on Friday, May 10, in Accra.

Mr. Ofori-Atta was speaking at an Economic Forum organized by the Danquah Institute (DI).

The forum held at the Ghana College of Physicians and Surgeons focused on how to bridge the tax gap between the formal and informal sectors in order to achieve the Ghana Beyond Aid Agenda.

He said, “whiles we plead with Ghanaians to respond to their civic duties by paying their taxes, we want to assure you that my staff at the Ministry of Finance and I, will protect the public purse with uncompromising courage, integrity, fortitude and love for the country.”

According to him, “over the last two and a half years, we have reviewed contracts and saved the nation hundreds of millions of Ghana Cedis in the process.”

He added that “we are scrutinising contracts better and negotiating better too.”

Also, he noted, “it is worth restating that the Public Procurement Authority has been able to save about GH¢2 billion in two years.”

Not a single pesewa, he said was saved by the PPA during a similar period under the previous government.

He added “yet, this has been achieved after abolishing some 17 nuisance taxes. The decision last month to reduce duties on imports, may be seen as denying the state much needed revenue.”

He said, “let us, by all means, hold this government to a higher standard and demand more but let us not do it as spectators.”

According to him, “as investors, we will demand more accountability and government will be more responsive.”

He added that “we have elected our leaders not by the number of boots they have matched but by the presence of mind to put country first even at great personal cost.”