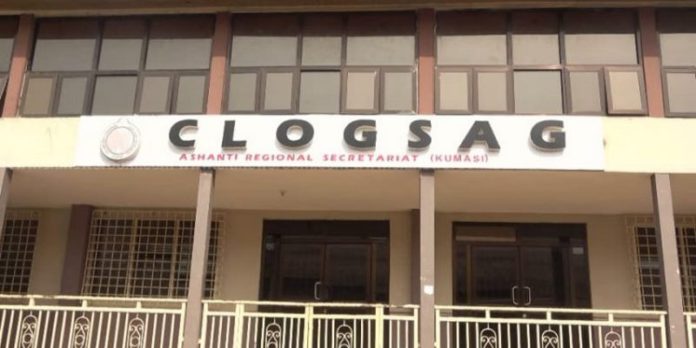 Government has decided to implement all agreements in the Memorandum of Understanding (MoU) with the Civil and Local Government Staff Association of Ghana (CLOGSAG).

It has, however, dropped the controversial Neutrality Allowance.

Speaking in an interview with JoyNews after the Association called off its industrial action on Thursday, a Deputy Finance Minister, Abena Osei-Asare, said beginning January, 2023, all agreements will be honoured in the quest to improve the conditions of service for CLOGSAG members.

“Government has reached an agreement with CLOGSAG and we will go ahead to implement everything that has been stipulated in the MoU. We don’t have the Neutrality Allowance as I speak with you.

“But all the other issues that have been raised in the MoU, government will make sure it fulfils its part of it and then make sure that whatever it is, we’ll implement their conditions of service in January, 2023 as stipulated in the MoU,” she said.

The Atiwa East legislator stated that a committee has been set up to look into conditions of service for the group for subsequent consideration and implementation.

“All the other unions do have conditions of service but CLOGSAG hasn’t gotten one and that is important to them. So, that is what we have set up a committee to look at and make sure that they complete it before we send the 2023 budget to Parliament in November.

“It includes almost everything they talk about, including their allowances and all the other things. We hope that with the support we have received now, all the stakeholders involved will work and make sure we meet the deadline, so that we can take to Parliament for implementation to begin in January, 2023.”

Members of CLOGSAG have been directed to resume work on Monday, May 16, 2022.

The group called off its strike following a decision taken by its National Executive Council over an agreement that was reached with the government.

“At its meeting held on Thursday 12th May, 2022, the National Executive Council of the Civil and Local Government Staff Association of Ghana (CLOGSAG) decided to call off the nationwide strike by its members.

“The rationale to step down the industrial action was based on the fact that the demand from the Ministry of Finance to direct the Controller and Accountant General’s Department to effect payment of the agreed allowance, has been met on 11th May 2022.

CLOGSAG laid down its tools on Thursday, April 21, 2022, following the inability of government to pay the allowance as agreed in January this year.

It argued that the neutrality allowance ensures that civil and local government workers do not engage in partisanship while conducting their affairs when they are in their various offices.