According to Ekosii Sen host, Osei Bonsu, the delegation including Deputy Attorney General, Joseph Dindiok Kpemka, a representative from the Economic Organised Crime Office (EOCO), the Bureau of National Investigation (BNI) and National Security could not secure a release of NAM 1 as he popularly called.

He noted that the delegation could not reach an agreement with Dubai authorities in their quest to Ghana’s most wanted NAM 1.

Osei Bonsu added that, the delegation is expected to brief President Akufo-Addo on the outcome of their trip.

Nana Appiah Mensah, popularly known as NAM1, is wanted for defrauding by false pretense and an allegation of money laundering after his company failed to pay customers investments.

He has been arrested in the United Arab Emirates (UAE) capital on December 7 after “a gold deal gone wrong.”

Government is hoping to bring him back to Ghana to face the full rigorous of the law. 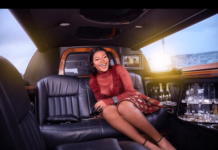