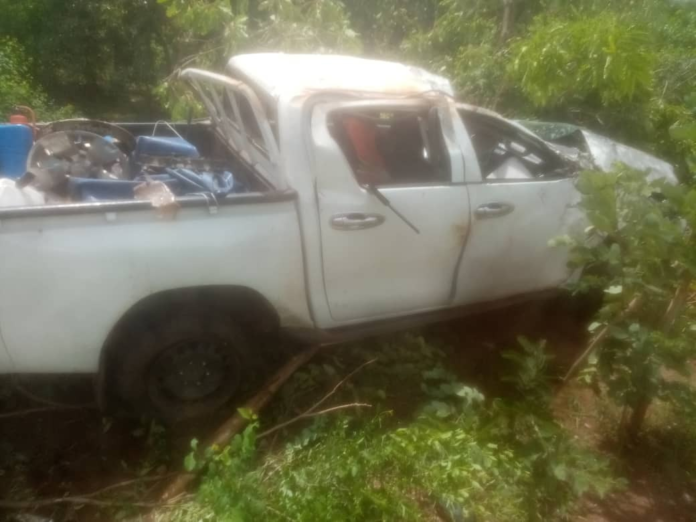 One person is said to be in critical condition after a gory accident at Sawla.

According to reports, the Toyota Hilux with registration number GT 8478-16, they were traveling in from Sunyani to Wa hit a pothole, veered off the road, somersaulted and landed in a ditch.

The four people in the vehicle were rushed to the Sawla hospital to treatment.

Three of the injured have been treated and discharged but one whose name was given as Prince Obeng is still in critical condition.