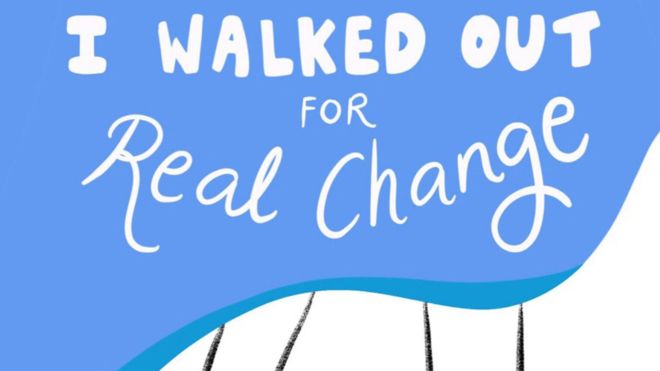 Staff at Google offices around the world are set to stage an unprecedented series of walkouts in protest at the company’s treatment of women.

The employees will demand several key changes in how sexual misconduct allegations are dealt with at the firm, including a call to end forced arbitration – a move which would make it possible for victims to sue.

Google chief executive Sundar Pichai has told staff he would support their right to take the action.

“I understand the anger and disappointment that many of you feel,” he said in an all-staff email.

“I feel it as well, and I am fully committed to making progress on an issue that has persisted for far too long in our society… and, yes, here at Google, too.” 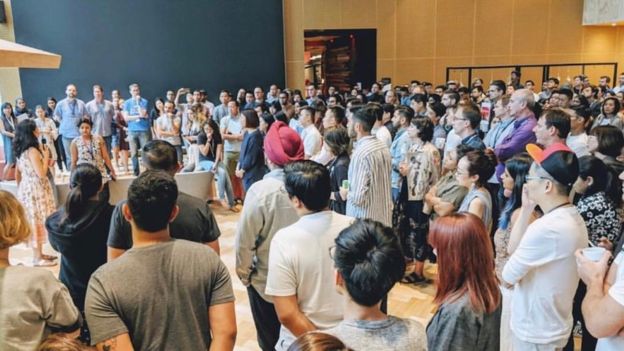 Each walkout is due to take place at 1100 local time, and the first was at Google’s Singapore office

Anger at the firm has boiled over in the past week since it emerged one high profile executive received a $90m payout after he left the firm, despite what Google considered a “credible” allegation of sexual misconduct made against him. Andy Rubin, known as the “creator” of the Android mobile operating system, denies the allegations.

On Tuesday, another executive, this time from the company’s X research lab, also resigned. Richard DeVaul was said to have made unwanted advances towards a woman who was recently interviewed for a job in which she would have reported to Mr DeVaul.

Mr DeVaul has not commented since his resignation, but in the past called the incident an “error of judgement”.

At least 48 other employees have been sacked for sexual harassment without receiving a payout, Mr Pichai told staff. He admitted the New York Times’ report had been “difficult to read”.

Staff involved in Thursday’s walkout will leave a note on their desks telling colleagues: “I’m not at my desk because I’m walking out with other Googlers and contractors to protest sexual harassment, misconduct, lack of transparency, and a workplace culture that’s not working for everyone.”

They are also making formal demands to Google’s management. They are:

Forced arbitration, a common contract clause for Silicon Valley workers, demands any disputes are dealt with internally rather than through other methods such as the courts. Critics of forced arbitration say it is used to not only protect the reputations of both the company and the accused, but also to silence victims who are unable to appeal against decisions or take further action.

“Employees have raised constructive ideas for how we can improve our policies and our processes going forward,” said Mr Pichai in a statement on Wednesday evening.

“We are taking in all their feedback so we can turn these ideas into action.”

Co-ordinated action of this scale is unprecedented at a Silicon Valley company, but follows a trend for increasingly impassioned employee activism.

“Women are fed up, and I don’t think it’s just women,” said Prof Kellie McElhaney, from the Haas School of Business.

“There are a lot of ‘manbassadors’ out there who are equally as fed up and using their positions of power and voice, which can cost Google money. I think you have to hit these companies where it hurts.

“I think it empowers other Google offices when women and men are watching this happen, that they can do a similar action that’s not just sitting by or making comments to one another or sharing emails.”

In the past year, Google employees have spoken out strongly against the company’s work with the US Department of Defense, as well as plans to re-enter the Chinese market with a search product.

The Tech Workers Coalition, a San Francisco-based advocacy group, said the day’s dispute was just one of several tech companies need to address.

“We stand in solidarity with the Google workers,” a spokesperson for the group said.

“It’s clear the executives won’t do this for us so we’re taking matters into our own hands.”