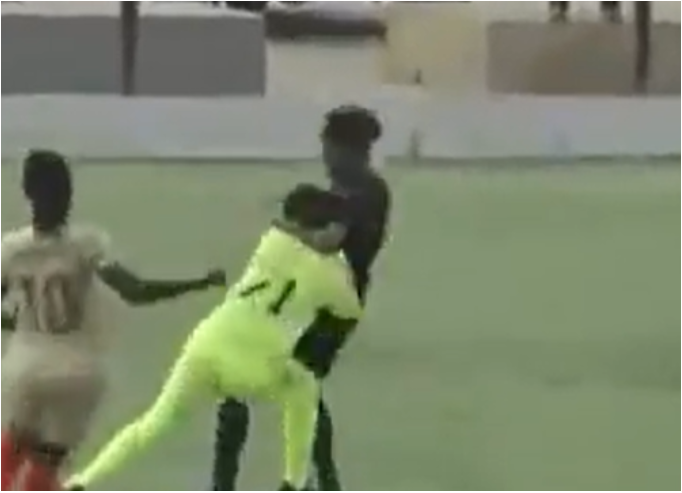 Soccer Intellectuals goalkeeper, Selina Abalansa, is said to have allegedly attacked referee Cynthia Anafo over her side’s loss to Prisons Ladies in the Women’s Super Cup on Monday, November 29.

A video circulating on social media and sighted by JoySports showed the goalkeeper pulling the referee to the ground after conceding a second goal by Helena Obeng.

The shot-stopper was on the match official for some time before players from both teams and other officials came around to resolve the situation.

This goal led to Soccer Intellectuals losing out on a place in the semi-final of the competition.

Soccer Intellectuals finished fourth in Group A and missed out on a place in the next stage of the competition.