Giroud collected a pass from Kylian Mbappe in the 44th minute and sent a low shot with his left foot past Poland goalkeeper Wojciech Szczesny, his former teammate at Arsenal.

France went on to win the game 3-1 to set up a tantalizing quarterfinal match with England, who beat Senegal 3-0 in the late game on Sunday.

The AC Milan striker had tied Henry’s record 51 goals for the national team in France’s 4-1 win against Australia in their opening World Cup Group D match earlier in the tournament.

Giroud, 36, became France’s oldest goal scorer with his header in a 2-0 win over Austria on Sept. 22, which took him to within two goals of the record, while his brace against the Socceroos in Qatar saw him pass Zinedine Zidane as his country’s oldest scorer at a World Cup.

The former Arsenal and Chelsea striker is now his country’s outright top scorer, followed by Henry, who netted 51 times from 123 caps between 1997 and 2010. Antoine Griezmann has 42 goals, Michel Platini has 41 and Karim Benzema has 37.

Giroud made his France debut aged 25 in 2011 when he came off the bench in a friendly win against the United States and scored his first international goal against Germany a year later.

He has since scored 51 goals in 117 appearances for the national team and helped Didier Deschamps’ side win the World Cup in 2018, although he did not score in the finals.

His presence in France’s squad, which had been in doubt ahead of the World Cup, wound up being very fortuitous for Deschamps after Benzema was ruled out before their first game due to injury.

Giroud has enjoyed a glittering career at club and international level, winning Ligue 1, Serie A, the Champions League, the Europa League and four FA Cup titles across spells with Montpellier, Arsenal, Chelsea and Milan. 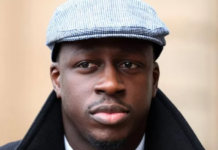 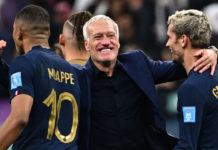