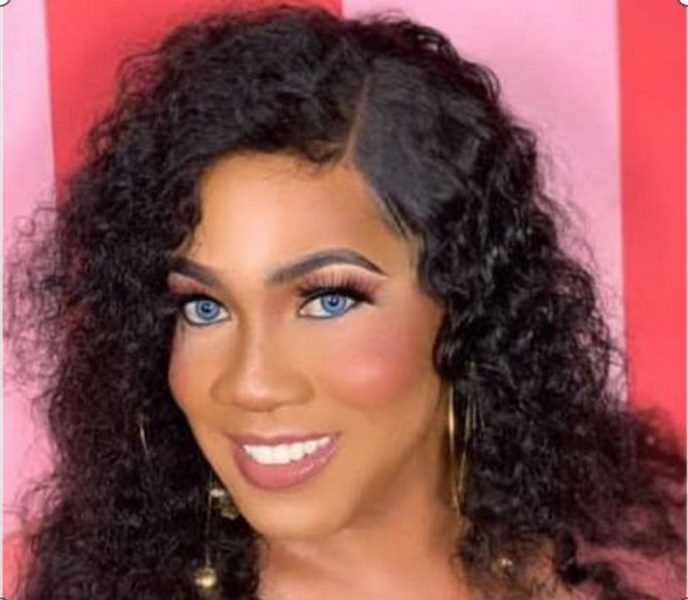 Born Maxwell Okyere Opoku, transgender artiste, Angel Maxine, believes that the only reason some Ghanaians treat her ‘Wo Fie’ track with contempt, is because it amplifies the truth and rebukes their prejudices about the LGBTQ community in Ghana.

Amidst the trending debates about LGBTQ in Ghana, Maxine got attention on social media after producing a hit track in support of the LBTQ community in the country.

But, according to the singer, though a section of the populace appreciate her craft, others ridicule her talent simply because she is transgender.

Speaking in an interview with Benjamin Akakpo to be aired on October 15, on the Prime Morning Show, the gay rights advocate indicated that, despite the opposition she faces, she remains unperturbed in her resolve to sing for the liberation of her colleagues. According to Maxine, her song is a source of hope and inspiration for the LGBTQ community.

“… Well, it has been received so well, but you know they’ll still condemn it because it’s coming from a transgender. Because the transgender is telling them the truth, so it’s bad. But for people who understand me, for people who believe in me, I’ll say ‘Wo Fie’ is the biggest song in Ghana. I’ll say ‘Wo Fie’ gives the LGBTQ community joy. It gives them hope that they’re not alone. And that’s the beauty of that song, ‘Wo Fie’.

A dog’s love is only second to that of a mother’s.💞
Mother-love is the great, surging, divine current that plays forever through humanity.❤️
Stream #Wofie on all digital platforms, please click on link in Bio, for the official Video https://t.co/ARZXzbRjm5 #Wofie #KilltheBill pic.twitter.com/y5MkX9ds3j

The song by the transgender became a buzz after it featured some prominent showbiz icons including, Sister Derby and One Luv Kubolor. In the song, Maxine highlighted the fact that effeminate men, popularly known in Ghana as ‘kojobesia’ are present in almost every household, hence it is unfair for them to be discriminated against.

She also emphasised that, lesbians and homosexuals can literally be found in every family and therefore it is not good for their sexual preferences to be judged and condemned.

Singing alongside the transgender songstress, Ghanaian-Romanian Musician, One Luv also made the point that the Bible and the Quran are alien to Ghana’s culture, hence they cannot be used as basis to discriminate against the LGBTQ community.

For him, the only act that deserves appropriate condemnation is the homophobia that is meted out to gays. He further insisted that, Ghanaians should focus more on pertinent issues such as corruption and the dealings of politicians.

The ‘Uncle Obama’ hitmaker, Sister Derby, who also featured in Maxine’s song, questioned why people show hatred to the LGBTQ community in the country.

Meanwhile, Member of Parliament for the Ningo Prampram constituency, Sam Nartey George is fiercely leading a charge for the passage of a bill to criminalise

the practice of LGBTQ and all of its forms in Ghana.

The bill has, however, been criticised by some prominent academicians and industry professionals such as Akoto Ampaw and the Dean of the School of Communications of the University of Ghana, Professor Audrey Gadzekpo.