A Ghanaian-American graduate dropped jaws when she donated a whopping $40,000 scholarship meant for her just so it could be given to other needy students.

Verda Tetteh was honoured by the Fitchburg High School with a scholarship of general excellence that would have covered her fees to Harvard University at $10,000 for the next four years.

Rather than accepting the money and deliver a speech the congregation was prepared to hear when Verda walked up the podium, they were served with a shocking but historic announcement.

The 17-year-old student turned down the scholarship and instead suggested that the money be given to other students who would need it most.

“It is a great honour but I also know I’m not the most in need of it… I’m excited to see who it helps and how that changes their lives so I’m so happy that God gave me the strength to do that,” Verda Tetteh said when rejecting the offer.

Watch Verda in the video below:

Her decision was welcomed with a standing ovation, and the Assistant Principal who chaired the event complimented her for her boldness and selflessness, as he urged other students to emulate such positive character.

Verda Tetteh chuckled while explaining in an interview how the Assistant Principal’s tags reminded her of her brave and sacrificial mother who she owes her success to.

She said her decision was backed by her mother’s real-life experience, having witnessed her toil for a Bachelors Degree in a local community college at the age of 47 due to struggles for funds to foot her fees.

Verda’s mother, Rosemary Tetteh, used to work 80 hours a week to raise enough money to care for her while saving the majority for school fees.

Madam Rosemary Tetteh applauded Verda, bragging that her daughter’s generosity proves she is “…100% sure she is ready to go into the world on her own”.

Like her mother, Verda, though not too sure of how she would pay for her tuition at Harvard said “God has brought me this far and I know he will take me the rest of the way”.

“I’ll do it again”, Verda said when she was asked in an interview if she regrets her decision. 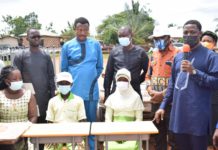 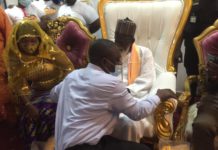 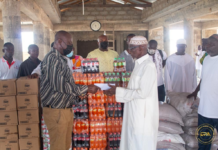 Kwesiminstim MP donates to Muslims ahead of Ramadan 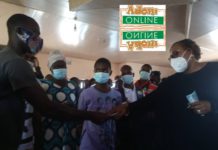 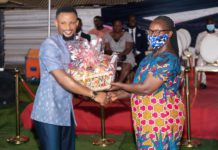