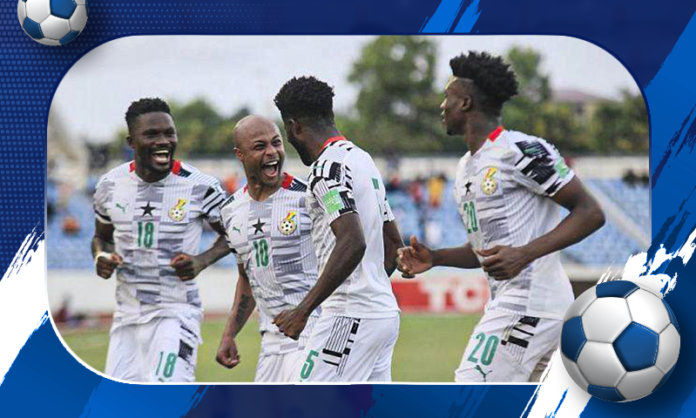 The 2022 FIFA World Cup has commenced and the excitement is already running high in our country as Ghana is going to feature in it.

Ghana missed out on qualifying for the 2018 World Cup in Russia but here they are once again to add to their rich history in the tournament. They have made it to the World Cup three times so far (2006, 2010 and 2014), and they deliver jaw-dropping performances.

In 2006, Ghana became the only African side to qualify for the second round of the World Cup. They also had the youngest team in that edition, with an average age of 23 years and 352 days. FIFA praised the results of the team and ranked them 13th out of the 32 countries that participated in the tournament.

The Black Stars produced even better results in the 2010 edition as they made it to the quarterfinals of the World Cup. They looked all set to proceed even further but were stopped in their tracks as they lost to Uruguay on penalties. FIFA ranked Ghana seventh in that competition after their stellar show.

The 2014 edition didn’t turn out to be that good for Ghana as they made an exit in the group stage after losing to Portugal and USA. But they did deliver a spirited performance against Germany as they tied the match 2-2.

Ghana couldn’t qualify for the 2018 World Cup in Russia but they are all set to battle it out in Qatar this time. And the squad they have assembled for the mega event gives a lot of hope to their fans.

There is some genuine talent in the squad this time who play for renowned clubs all over the world, and there is a good mix of youth and experience as well. The most familiar name in the roster is that of Arsenal midfielder Thomas Partey but Tariq Lamptey from Brighton, Inaki Williams from Athletic Bilbao, Jordan Ayew from Crystal Palace, Daniel Amartey from Leicester and Mohammed Salisu from Southampton aren’t small names either.

All these players have demonstrated their talent and potential in different leagues around the world time and again. Now they will be looking to do the same at the biggest stage of international football. Ghana have been drawn in Group H along with strong teams like South Korea, Portugal and Uruguay. But the talent and potential in their squad is capable of handling the quality of these teams. Ghana will be eager to exact revenge on Uruguay, who knocked them out of the tournament in 2010. So, the Black Stars will be naturally motivated to do well in this tournament.

While the Black Stars work on and hone their skills on the field, you can get your lines ready to bet on your favourite team during the World Cup on 1xBet, a renowned bookmaker offering a wide line and high odds. All this you can use in a convenient application, and for those who like live chatting there are 3 betting shops in Accra and Kumasi, where you can watch matches and make wagers. 1xBet takes an active part in the soccer life of our country and sponsors Legon Cities FC.