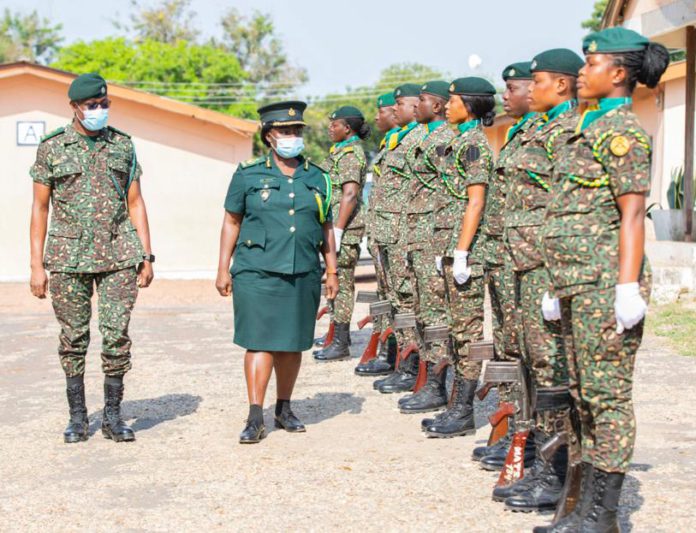 The Ghana Immigration Service (GIS) is set to embark on massive developmental infrastructure across the country.

Meeting the Officers of the Command on 18th November, 2021 at the I.T.S Hall ( Weija-Gbawe Municipal Assembly), former Head of Administration at the Ghana Immigration Headquarters stated that the service has embarked on a massive infrastructural development which includes construction and renovation of all offices and residential facilities across the country.

She mentioned that the service is set to construct a new functional National headquarters very soon.

“There are several training programmes being organized for officers and I believe some of you have the opportunity to be part, under the current Comptroller General and it’s management, the remarkable transformation at the ISATs, Assin Fosu within the space of two years,” she said.

The Regional Commander also entreated Officers to desist from any activity that will bring the name of the service into disrepute.

The Weija-Gbawe Immigration Service Commander, Chief Supt. Richard Cofie thanked the Regional Commander and her team for their visit.

The Weija-Gbawe Commander Chief Supt. Richard Cofie made a passionate appeal to the Comptroller General Immigration through the Greater Accra Regional command (GAR) to consider extending the issuance of visitor’s permit to the other districts and municipal Immigration offices including the Weija-Gbawe command.

He believed it will enhance revenue generation, making the permit accessible to foreigners and their activities within the catchment areas.

The Greater Accra Regional Commander and her team also paid a courtesy call on the MCE of Weija-Gbawe Municipal Assembly Hon. Patrick Kwasi Brako Kumor were issues bordering peace and security within the municipality were also discussed.