The Ministry of Food and Agriculture has dismissed claims that Ghana imported raw cassava from China in 2019.

This follows claims by the Member of Parliament (MP) for Asunafo South, Eric Opoku, that Ghana imported cassava from China in 2019.

According to a statement issued by the Ministry, the claim by the MP is not true, and as such, he failed to quote the source which forms the basis of his arguments.

“The Ministry wishes to state emphatically that the claim by our MP is not true. First, Eric Opoku failed to quote the source which forms the basis of his claims. Secondly, to openly deceive the people of Ghana, he gave the clear impression that the ‘cassava imports’ he referred to was freshly harvested raw cassava crop,” it said.

The press release also provided data stating “empirical data from various sources, including the Ghana Statistical Service, the Ghana Revenue Authority, among other organisations, specifically refer it to be processed industrial cassava, such as starch, gari, cassava flour, tapioca, and others.”

It further pointed out that the Plant Protection and Regulatory Services Directorates of the Ministry of Food and Agriculture, which is the agency responsible for issuing permit for importation of agriculture produce, did not issue any permit for the importation of cassava into Ghana.

The statement indicated that Mr Opoku’s comment is an effort to disrepute government’s flagship programme, Planting for Food and Jobs.

“The Member of Parliament, in his attempts to discredit this government’s desirable record in agriculture, failed to avert his mind to the fact that some of the derivatives from cassava used for other purposes, including manufacturing of drugs, textiles, amongst others, are not manufactured locally and therefore must be imported. Is this what Eric Opoku termed as importation? Then we can as well say that Ghana imports cocoa because there are several cocoa products that are imported into the country,” it added.

It concluded that the country has since the rollout of the flagship, Planting for Food and Jobs programme in 2017, been touted as the breadbasket of West Africa. 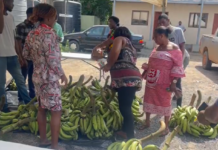 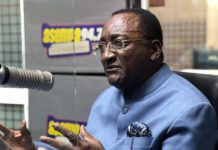 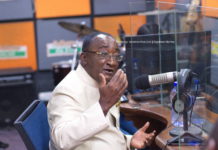