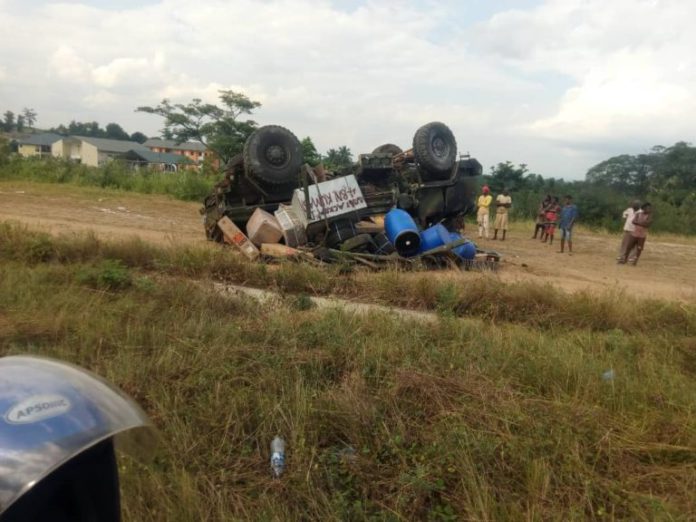 A vehicle belonging to Ghana Armed Forces has been involved in a near fatal accident at Teacher Mante New Town along the Eastern region stretch of the Accra to Kumasi highway.

Three Military personnel onboard the vehicle sustained various degrees of injuries with one reported to be in critical condition.

All the victims were rushed to the Nsawam Government Hospital for treatment.

According to a witness, Robert Azaglo, a Staff of Ayensuano District of the National Disaster Management Organisation, the Military officers were traveling from Accra direction towards Kumasi but suddenly the Vehicle veered off the road and summersaulted.

The accident comes few days after a similar accident at Zebilla in the Upper East region which involved Ghana Armed Forces armoured Vehicle with registration number 19 GA 08 which killed one Military officer on board and injured two others.