The National Youth Organiser of the National Democratic Congress (NDC) has called for the removal of office of the Ashanti Regional Minister, Simon Osei-Mensah, over the Ejura committee report.

The report, among other things, said it did not find the death of social media activist, Ibrahim Mohammed, popularly known as Kaaka, who was ambushed near his house, linked to his activism.

A three-member ministerial committee investigated the disturbances at Ejura in the Ashanti Region. Among other things, the Committee made some 10 recommendations which included the removal of the Ejura-Sekyedumasi Municipal Chief Executive (MCE), who already pulled out of the race for a new MCE, and compensation for the affected families and victims

Meanwhile, two other people were killed in the protest for #JusticeforKaaka.

For this, Mr Addo has called for the head of the Minister, who he said his actions caused the death of the two persons who where gunned down my the military men.

Describing the committee as incompetent, Mr Addo said it was out of place that they did not include the Minister in the list of persons to be removed from office.

He said the MCE was declared a persona non grata by the people so going for his head instead of that of the Minister was going in for the lower hanging fruit.

He said this when he was speaking with Dakyehene Nana Yaw Asante on Sɛdea Ɛteɛ Nie on Adom TV.

President Nana Addo Dankwa Akufo-Addo in July 2021, directed the Ministry of Interior to conduct a public inquiry following the killing of two persons and injuries to four others by soldiers during a protest against the death of a social media activist, Ibrahim Muhammed, popularly known as Kaaka Macho.

Kaaka died on Monday, June 28, 2021, after he was attacked by an unknown assailant while returning home from an event he attended in the area.

Earlier reports suggested that Kaaka was killed because of his social activism, which some persons felt was making the government unpopular, but police reports suggest otherwise after three people including his brother were arrested and put before court in connection with the killing. 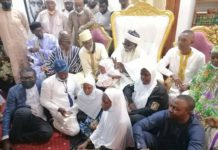 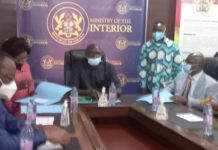