President Yahya Jammeh of The Gambia is using violence to silence critics in the lead-up to presidential election in December and pressure is needed to stop it, Human Rights Watch (HRW) says.

Mr Jammeh has denied similar allegations in the past.

He will be seeking re-election for a fifth term and for the first time he will be facing a single major opposition candidate.

In a report published on Wednesday, the group says two Gambian activists have died in custody, with dozens of critics of President Jammeh in jail.

They are being denied medical or legal help, the report says.

The Gambia, a popular tourist destination because of its beaches, has never experienced a democratic transition of power since independence.

Mr Jammeh took over in a 1994 coup. His critics accuse him of running a repressive state, an allegation he denies. 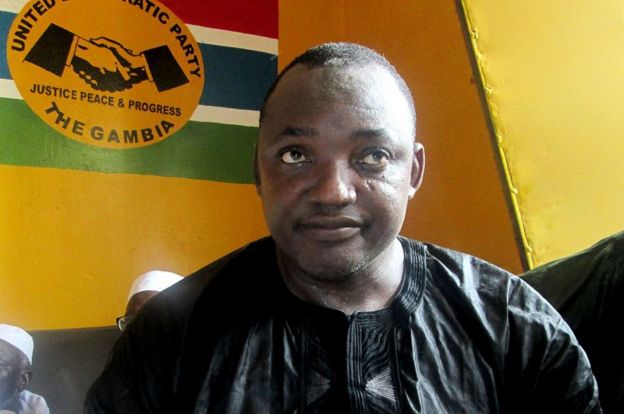 Mr Barrow’s nomination is the result of the biggest opposition alliance in Gambia since independence, the AFP news agency reported.

HRW says the prospect of political change in December has prompted Mr Jammeh’s government to step up oppression against critics.

It claims a torture squad, linked to the presidential guard, is terrorising opponents ahead of the election.

The group wants freedom benchmarks to be imposed now – by the United States, the European Union and The Gambia’s West African neighbours – to prevent more bloodshed.

Last week, The Gambia said it would pull of the International Criminal Court (ICC) after accusing the tribunal of persecuting and humiliating Africans.

The small West African nation joined South Africa and Burundi in saying it will withdraw from the court.