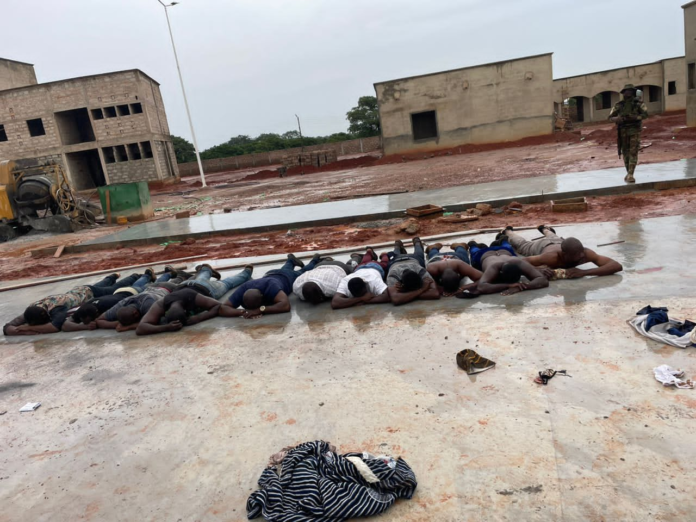 Police prosecutors in Nalerigu have charged 12 suspected land guards with offenses under the new Vigilantism and Related Offenses Act.

The suspects were remanded after they clashed on Tuesday with some residents of Gambaga who were said to be protesting the takeover of the community land.

One person suffered a gunshot injury after the heavily armed land guards reportedly opened fire on the protesting residents who were storming the disputed land to enforce a high court injunction.

On Wednesday, a joint team of security personnel arrested the 12 armed men including the private developer identified as Tanko Balewa.

The suspects have been charged with five counts of offenses broadly under the vigilantism Act, and possession of firearms and ammunition.

They appeared in Court on Thursday at Nalerigu and were granted bail.

Meanwhile, tension is still high in Gambaga town following the release of the suspects by the court. The chief linguist said the community will cut ties with the private developer and his family.