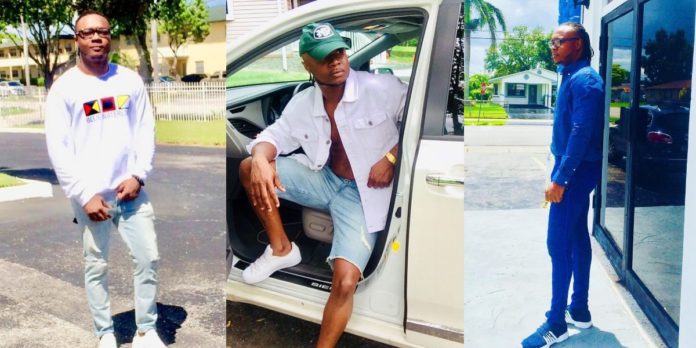 Ghanaian recording artiste, Prince Tamakloe, known popularly for his performances and silky voice in music group 4×4, as Fresh Prince of 4×4 fame, has opened up about a ritual he performs yearly.

In a video posted on Instagram, the award-winning singer was made to confess some fantasies of the night he always remembers.

He was speaking on a live TV show about a night to remember on a popular show called Den Tinz Some.

According to the talented artiste, he loves to have affairs with two or three women at the same time on a yearly basis and he added that he sometimes performs this weird ritual two times between January and December.

Narrating how it happens on the ‘A Night to Remember’ talk show, the singer indicated that his night to remember was a rather raunchy one which he felt was a bit explicit but he did not mind talking about it.

He stated: “It’s sensitive but a memorable one. Usually, it happens twice or thrice every year. My home girls call me during the day. Usually, they come through in pairs – like two or three. We just hit the mall to get some drinks, a lot of juice, aphrodisiac and bitters. “We eat a lot of food and enjoy music.”

He then went on to give a visual representation of how it all goes down when they go back to his house.

Fresh Prince said they created enough space in his plush living room to allow them all to have enough space and room to move around and then start having massive fun.

According to him, he really prepares himself fully for the task so he makes sure he has all the accoutrement for the twice-in-a-year event.

“Then, we come to my crib. We remove the centre table from the hall to make some space. Then we lay blankets, duvet or comforter. I have three comforters for that sake. “We lay them, we get naked and play spin the bottle. That’s the crazy part. We play the game all night and have some fun until the next day.”

He then added that after they have had their fun and dawn breaks, they get dressed and go out to look for food to eat to replenish their lost energies. Fresh Prince said normally, the food they go in search for is ‘Waakye’ and top it up with cold calabashes of local drink, palm wine.

Fresh Prince of 4×4 fame recounts how he chops girls 2 times a year. #dailycelebritiesnews